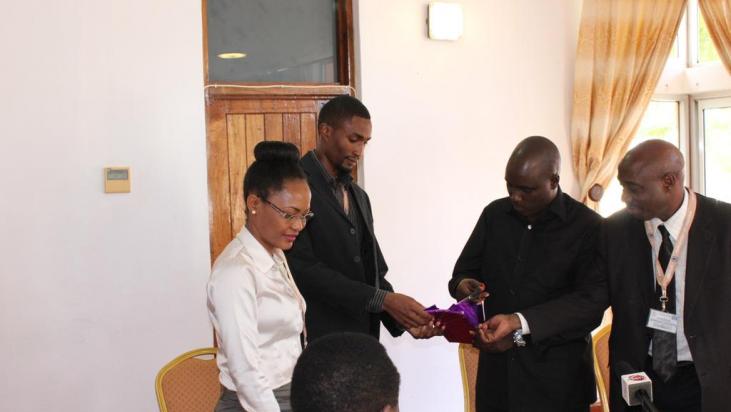 Global Alliance for Tax Justice’s regional network member Tax Justice Network Africa (TJN-A) officially launched a report on the implementation of the Africa Mining Vision in Tanzania, on May 15th. The report, titled “Where is the Money? Taxation and the state of Africa Mining Vision implementation: the case of Tanzania” is part of a three- country study undertaken by TJN-A to assess the extent to which countries are adopting the Africa Mining Vision (AMV) as the blueprint for natural resource management in their countries. The event co-hosted and organised by Policy Forum was held during a special sitting of the Parliamentary Committee on Energy and Minerals at the Parliament buildings. Other case studies in the series cover Zambia and Ghana for SADC and ECOWAS respectively.

Speaking at the event, TJN-A Deputy Executive Director Jason Rosario Braganza said,“These studies are timely especially given the downturn in global commodity prices in recent years. The Tanzania study specifically still highlight the need for strengthening of legal and fiscal frameworks to enhance revenue collection as well as deter prospects of IFFs from Tanzania and ensure availability of financial resources for sustainable development.”

On receiving the report, the Chair of the Committee, Hon. Doto Biteko, welcomed the study and its recommendations. “Tanzania has a wealth of minerals and other natural resources but is still afflicted by poverty and inequality across the country,” he said. The Chair challenged members of Civil Society to keep up the good work and to continue presenting such analysis to the legislators so as to improve the law-making processes in the country. Other members of the Committee welcomed the report stating the need for further studies that look not just at multinational corporations but also small-scale and artisanal mining operations in the country which are rampant and have a severe impact on health and the environment.
The study highlighted major strides made by the Government of Tanzania to improve the management and regulation of the mining sector. The establishment of the Tanzania Minerals Audit Agency (TMAA) and reforms of the tax regime have seen the sector revenues contribution to total tax revenue increase steadily from 2% in 2001 to 4.4% in 2014. However, alot more needs to be done to curb the financial leakages in the sector in Tanzania including reviewing of double taxation agreements; bilateral investment treaties; and further reforming of the fiscal regime of the sector to maximise revenues. The Chair of the Committee and the Chief Inspector of Mines both acknowledged the important need to address issues of transfer pricing and trade mis-invoicing which are synonymous with Illicit Financial Flows (IFFs) from developing countries Tanzania included.

Presenting the key findings from the report, Tanzania Tax Justice Network Coalition representative, William Madiwa highlighted the financial leakages in the mining sector in Tanzania was largely due to tax avoidance, tax evasion, profit shifting and host of other business malpractices. Madiwa encouraged the Committee on Energy and Minerals to embark on reforming Tanzania’s legal and policy frameworks in line with the AMV and the recommendations of the study in order to curb illicit financial flows from the sector and in Tanzania in general.

The launch for Ghana and Zambia will be undertaken in the coming months.