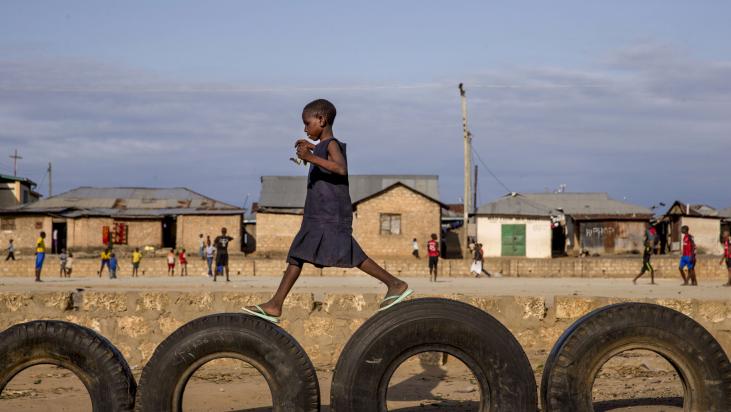 APMDD Holds Day of Action for Tax Justice in Asia

(Photo: APMDD members Oriang, Sanlakas and FDC staging an action to protest pro-rich and anti-poor tax systems and say ‘no’ to the OECD-G7-G20 tax deal of the rich)

The Asian People’s Movement on Debt and Development (APMDD) – member of Tax and Fiscal Justice Asia (TAFJA) and the Global Alliance for Tax Justice (GATJ) – organised a Day of Action for Tax Justice this Thursday (23 September), in Asia. Together with their members, APMDD submitted an open letter to the Philippines’ Department of Finance and embassies, and took the streets of Manila, protesting against the forthcoming G7/G20/OECD tax deal, which will not benefit developing countries.

APMDD calls to reject the “tax deal of the rich”

With the rubber stamp of the G7 and the G20’s finance ministers earlier this year, the world’s wealthiest countries are doubling down on efforts to enact an inequitable and undemocratic tax deal for all countries to adopt. It is imperative for civil society organizations and governments to strongly reject this “tax deal of the rich” and rebuild our broken tax and fiscal systems to make them work for people and the planet.  This can only be done under the auspices of genuinely inclusive, democratic, transparent, accountable and transformative governance mechanisms.

Failing to heed the painful lessons of the pandemic, international financial institutions as well as many governments in the Global North and South continue to pursue the same neoliberal agendas that have privileged the interests of multinational corporations. Their policies have thus prioritized profits over people and the planet, and have caused  the failure of public services that has led to more deaths and pandemic casualties.

To finance COVID-19 response programs, governments have turned to more and more loans on the one hand and adopted regressive and revenue-eroding tax policies on the other. We see an alarming  trend towards reduced taxation of corporate profits and more generous tax breaks and fiscal incentives for multinational corporations.  In the global battle to transform tax policy, we face the menacing threat of a ‘tax deal’ that will only benefit rich countries, MNCs and the global elite, with devastating consequences for the poor.

A year ago, while grappling with the pandemic’s immediate effects and the ‘new normal’ of pandemic-related lockdowns, we came together in collective action to demand for tax justice in the face of COVID-induced crises.  Today the pandemic rages on and  inequalities are widening.  Government responses to deal with the multiple crises have not only been inadequate, they fail to address the systemic issues that have been part of the root causes of the multiple crises.  To meet the urgent needs of our communities today, we need  fiscal systems and global tax rules that serve to reduce the entrenched inequities and injustices of tax norms and rule-making at  the national and global levels.

We demand governments in Asia to:

ADOPT tax and fiscal policies that truly respond to the needs of people and the planet, reduce unjust tax burdens on people, fairly tax the wealth of elites and corporations , and that serve to reduce inequalities and enable the realization of human rights and sustainable development. BUILD inclusive, transformative and sustainable economies that genuinely serve the needs, interests, and futures  of people and the planet.

REJECT the OECD/G20 global tax deal and other initiatives that reinforce inequalities in decision-making around global tax rules or serve only the interests of multinational corporations and a few elite countries;

END the global race to the bottom of corporate tax rates , stop illicit financial flows, and fight for a more equitable distribution of taxing rights;

PUSH TOWARDS the formation of a genuinely inclusive, democratic, and transparent intergovernmental Tax Body under the auspices of the United Nations.

The Asian Peoples’ Movement on Debt and Development (APMDD) calls on its members, partners, and all tax justice advocates to scale up campaigning to push for national and global tax justice demands, and especially to join forces and launch  coordinated actions and activities on September 23, 2021.

MAKE TAXES WORK FOR PEOPLE!  REJECT THE TAX DEAL OF THE RICH! GATJ calls other civil society organisations from all around the world to reject the forthcoming G7/G20/OECD tax deal. Read the statement in English and Spanish at https://bit.ly/dealoftherich2021.

In order to endorse it and add your organisation to the list of signatories, please fill in this form until 4 October 2021 at 5 pm (EST).