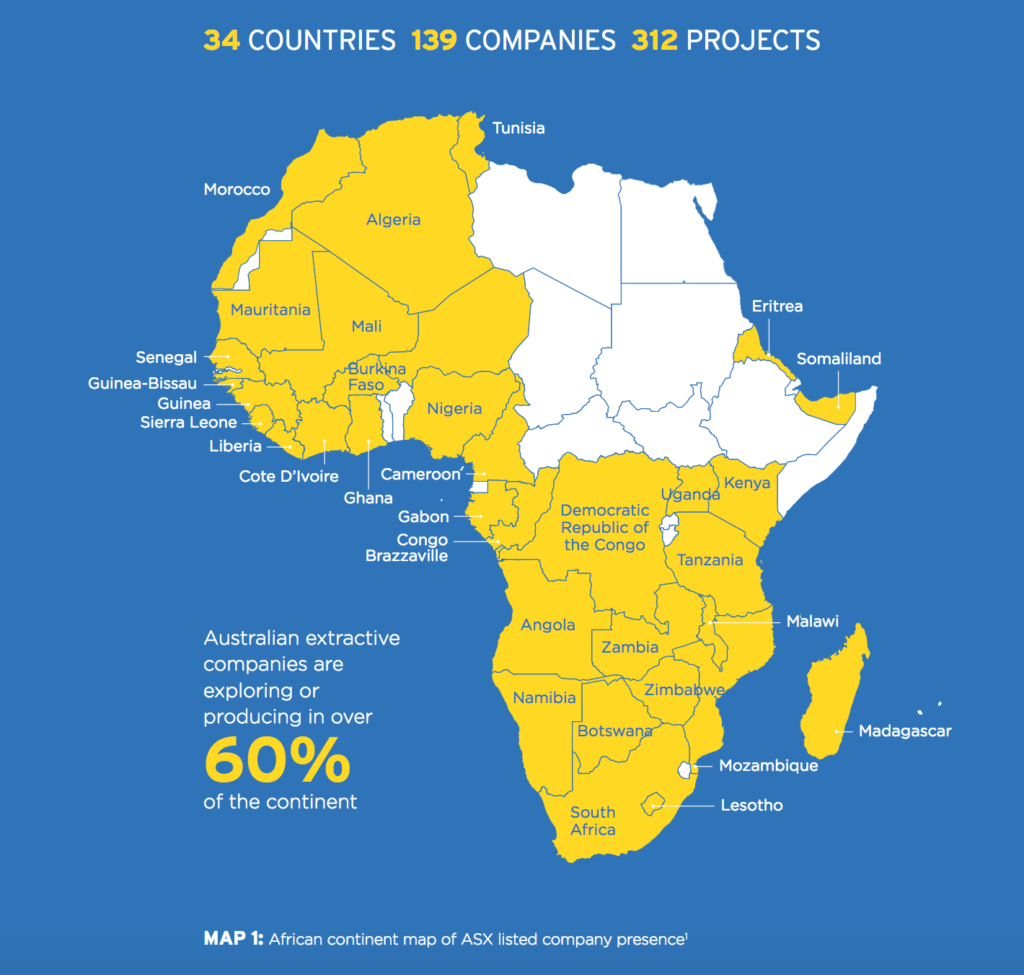 Publish What You Pay (PWYP) Australia just published a new report, “Measuring the Openness of Australian Listed Mining, Oil and Gas Companies on the African Continent”.

Titled “Abundant resources, absent data”, it has been approached by PWYP “with the primary question of ‘how open is Australian extractives data?’: “This report, PYWP introduces, is an attempt to use public data to form a picture of Australian extractive companies’ presence in Africa, in order to illustrate the data gap a mandatory disclosure law would fill in the Australian context”.

The report examined 717 companies, which have an operating or exploration presence in 106 countries globally. Indeed, Australia now “outnumbers the US, Canada, China and the UK for the highest concentration of companies in Africa with 312 projects in 34 countries, 105 of those in gold”, according to Publish What You Pay’s Jessie Cato.

Interviewed by the Sunday Morning Herald, Cato says “combating bribery starts with tax and government payment transparency. She is calling on Australia to enforce Canada’s Extractive Sector Transparency Measures Act and require companies listed on the Australian Stock Exchange to report their payments to government, both domestically and abroad”.

In the interview, Jessie Cato explains how PWYP had to use the Canadian transparency statements of Perseus, a company listed on both the Australian and the Canadian stock exchange, to find accurate information on its international payments.

“It seems ridiculous that we could only locate financial information on a project by an Australian incorporated company because of Canadian legislation,” says Cato.

While identifying issues in Australian data collection and availability, PWYP also notes that “Australia has no system to routinely collect, store or make available relating to Australian extractives activities domestically or abroad”.

You can read the full report here and on PWYP Australia’s website.