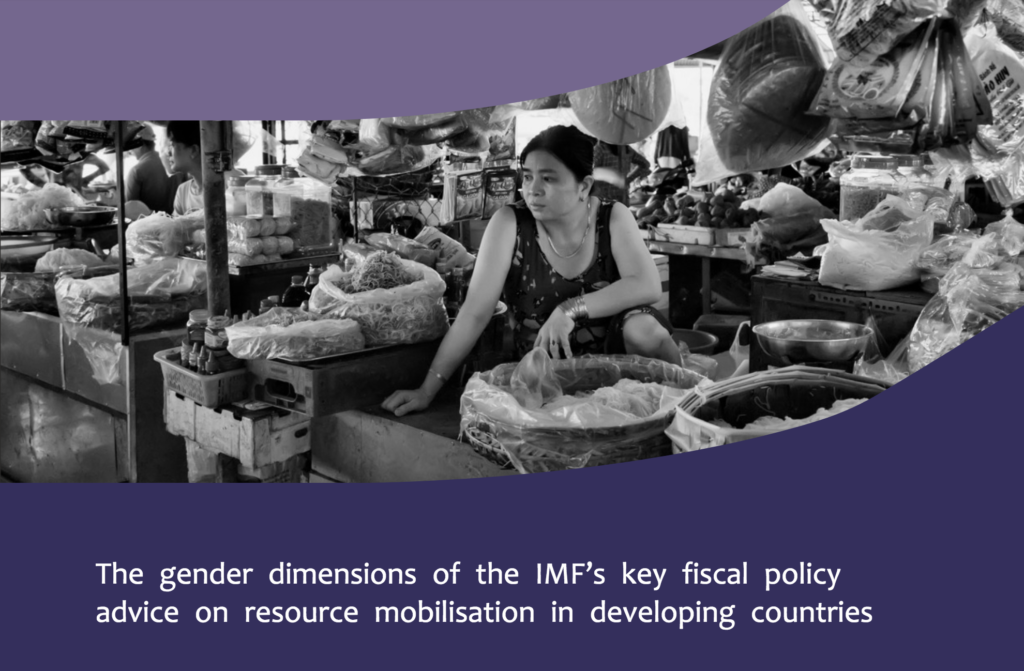 This briefing is part of a forthcoming series on the gendered impacts of IMF policy, examining the Fund’s policy advice and conditionalities in the context of resource mobilisation, labour market participation and flexibilisation and government expenditure.

“The IMF, Gender Equality and Expenditure Policy”, subtitled “The gendered costs of austerity: Assessing the IMF’s role in budget cuts which threaten women’s rights” was written by Kate Donald and Nicholas Lusiani of the Center for Economic and Social Rights (CESR).

It provides a brief assessment of the changing role of the International Monetary Fund (“IMF” or “the Fund”) with regards to one key fiscal consolidation measure: contractions in public expenditure. The briefing explores the Fund’s positive and negative influence over public expenditure decisions, and further explains how public spending cuts have an especially negative impact on women’s human rights, impeding progress towards gender equality. Subsequently, this briefing includes a case study of Brazil, a country in which the IMF has recently played a significant role in gender-unequal public spending cutbacks. The briefing concludes with a series of proposals to help better safeguard women’s rights in times of economic crises.

You can download the briefing here and follow further publications on Gender Equality and Macroeconomics page of the Bretton Woods Project.