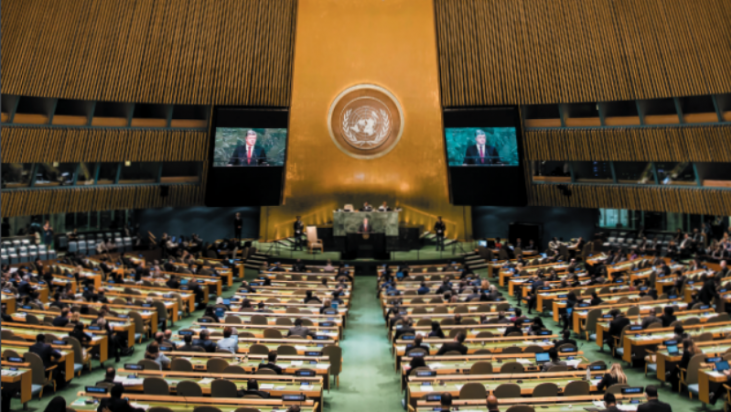 Download the “Proposal for a United Nations Convention on Tax”

Today, the European Network on Debt and Development (Eurodad) and the Global Alliance for Tax Justice (GATJ) are launching a civil society proposal for a UN Convention on Tax.

A call to develop a UN Tax Convention was first put forward by the Africa Group at the United Nations in 2019. The following year, it was included in a ‘Menu of Options’ produced as part of a UN process to consider how the international community could respond to the Covid-19 crisis.

Today’s proposal responds to these calls and a number of other strong concerns that have been raised regarding the existing international tax system. It also integrates several ideas for reforms that have been tabled by governments, civil society organisations, international experts and several UN high-level panels, including the High Level Panel on International Financial Accountability, Transparency and Integrity for Achieving the 2030 Agenda (FACTI Panel).

“Countries around the world are losing hundreds of billions of dollars every year due large-scale international tax dodging. The patchy, archaic, incoherent and highly complex global tax rules and standards are at the heart of this problem. At the same time, the existing rules are strongly biased in favor of the richest countries, reflecting the fact that they have been written in forums where developing countries have not been able to participate on an equal footing,” said Dereje Alemayehu, Executive Coordinator of the Global Alliance for Tax Justice.

Author of the proposal and Tax Coordinator at Eurodad, Tove Maria Ryding, said: “Today we are launching a proposal for a UN Convention on Tax, which would, for the first time, create a truly global framework where all countries can participate on an equal footing. Furthermore, it links international tax governance to other key global commitments and obligations, including human rights, equality, environmental protection and the Sustainable Development Goals. The United Nations is the forum that leads on these issues and, at the same time, it is the only truly universal body that exists. That makes the UN the obvious place to anchor a truly global convention on tax.

“It is high time to kick off the discussion about how we can build a fair and effective global framework to solve the problems and injustices in the global tax system, not least in light of the crisis set off by the Covid-19 pandemic. Repeated efforts to stop international tax dodging have resulted in only sticky plaster solutions; additional complexities; and rules that continue to be biased in favor of the rich. We hope that the proposal we are launching today will help to kickstart a discussion about the fundamental reforms that we really need.”

The proposal is framed as a discussion paper, which aims to spark further conversations about what such a convention could look like.

The proposed Convention on Tax would: