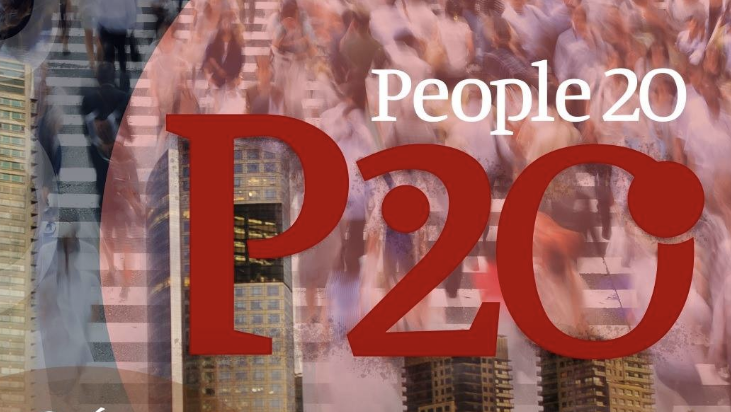 Earlier this week, “People 20” (P20) was launched in Buenos Aires – an initiative created in contrast to the logic of the G20, which will be held in December in Argentina. “Framed in the understanding of the unit for social transformation”, the launching event on July 16 and 17 was proposed as a space for debate, exchange of ideas, “away from orthodox, traditional thinking” and as a space for connection: Titled “Are our democracies compatible with financial globalisation?”, People 20 (Pueblo 20 in Spanish) is a network of civil society organisations, universities, research institutes and trade unions that “aim to promote an alternative agenda for the G-20 summit”.

The Global Alliance for Tax Justice’s regional network member in the Latin American region, Red de Justicia Fiscal de América Latina y El Caribe (RJFLAC), was part of it, bringing forward a Tax Justice agenda. Adrian Falco contributed a blog from RJFLAC (in Spanish), to present this approach, “based on a balanced system of rights and obligations, where the collection of resources is progressive, equitable, and transparent and ensures the financing of public policies aimed at improving the quality of life of people. All this in order to achieve high levels of socioeconomic equity in harmony with the environment. This means moving forward in a process of redistribution of income and wealth that promotes equity and social inclusion, at the national, subregional, regional and international levels”.

“Speaking of tax justice, Falco says, commits us to be part of the construction of a new social contract that privileges the human being over the spheres of economic and / or financial, an economy based on human rights, bearer of a social perspective where good living for everyone is guaranteed and not the one in which we find ourselves immersed today, which is responsible for deepening inequalities day by day and reproducing poverty and exclusion. In particular, Latin America, which is the most unequal region in the world”.

The agenda RJFLAC proposes is based on 4 “central pillars”:

“We have to be able to generate taxation for inclusion in which tax progressivity will be the rule and not the exception. Strengthen social spending mechanisms to make them more transparent, effective and qualitative. It is important to review and cancel those tax privileges that do not favor the generation of employment, the transfer of technology, the improvement in infrastructure, etc. We must end with the simple investment tax privilege”.
“It is essential to break with the control exercised by transnational power on the global tax governance. The G20 and OECD spaces are not representative of our region. Therefore, from the RJFLAC, we believe it is important to strive for the creation of a binding intergovernmental tax body at the United Nations with a budget and in a framework of full democracy. For this, it would be important to add to the tax discussion the entire social movement, trade union, peasant, women. And, in that sense, we should debate the issue of land ownership that is now in the hands of transnational companies and entrepreneurs, put the axis of discussion on the importance of talking about tax and gender in order to break the corset of asymmetries that arises since time immemorial”.

The full day of expositions addressed Democracy, Globalisation, Work, employment and social welfare policies and Reforming the international financial system. Most presentations were broadcasted live and their recordings are available on P20’s Facebook page. The second day was dedicated to the production of the outcome document (Declaración Final, in Spanish), which should be soon available in English.