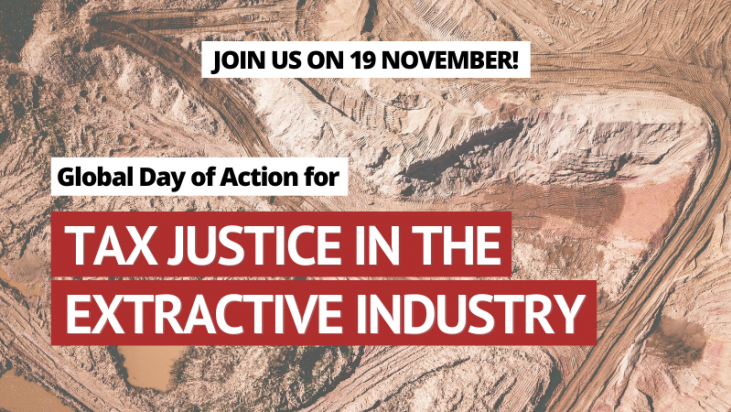 Deemed an “essential service” in several Asian countries, the extractives sector has been exempted from lockdowns, in stark contrast to restrictions on peoples’ desperate efforts to survive, absent adequate public socio-economic support. India, for one, expects to produce around 845 million tonnes of coal in 2020 – an 8.3% increase compared to 2019. In truth, continued production in the extractives industry has enabled it to rake in even greater profits. Profit at the expense of people and the environment; profit that benefits an elite few and often hidden in secrecy, robbing people and countries of potential tax revenues for funding public services.

Even before COVID, the extractives industries had been spotlighted for corporate tax abuses and preferential tax treatment, making the sector fertile ground for illicit financial flows. Through carefully crafted tax evasion and avoidance schemes, many corporations are enabled to shift profits to low or zero-tax jurisdictions rather than book them in the countries where those profits were made. These constitute illicit financial outflows that deprive people – including workers and families of mining-affected communities, especially the poor – of the resources that should have been used to finance public services for health, education, and other basic rights. This adds another layer of harm to the irreversible environmental costs wrought by the extractives industries and results in devastating consequences especially for developing countries.

Moreover, it is a sector that is highly privileged by fiscal incentives, especially in mining of fossil fuels. Indonesia, the 5th largest producer of high-grade coal provides reduced net income tax for 30% of total investment; extension of compensation for losses from 5 to 10 years; Value Added Tax exemption for import of machinery and equipment, among others.  Generally, the extractives sectors in different countries have been found to be enjoying incentives that are most threatening to domestic resource mobilization, such as tax stabilization (averaging 20 years), corporate income tax incentives, and withholding tax incentives.

The extractives sector is also typically subject to discretionary political control and fewer checks and balances. It involves interlocking public, shareholder and personal interests where local political elites are also often implicated. It also involves complex technical and financial processes, which can prevent governments from delving deeply into industry operations. The lack of transparency and weak regulatory mechanisms and other governance issues combine to reinforce the climate of impunity for corporate tax abuses and human rights violations.

While financial resources from corporate tax abuses are lost in illicit financial flows, labor conditions in the extractives industry remain appalling. Wages have been stagnant for decades, testifying to the wage evasion attendant to the accumulation and concentration of profits by mining corporates. Workers have been killed and injured in mining accidents while the subsistence livelihoods of their families have been eroded by the toxic contamination of their lands, forests and water sources. In the Philippines, for example, mining workers are among the lowest paid in the country. This is part of a decades’ long established trend of wage stagnation in the Philippines, even as labor productivity continues to rise. Calls by labor groups and movements for a minimum wage of US$15-US$16 have remained unfulfilled and worse, met with reprisal. The average monthly wage rates of “unskilled workers” in mining and quarrying stood at around US$185.47 as of 2018, an increase of only 20.6% from US$153.73 in 2016. Consider that the country’s poverty threshold is at US$213.63, on average, the minimum level to meet both basic food and non-food needs per month for a family of five.

A year ago today, we sent out a strong and urgent message that tax dodging in the extractives industries should be stopped, along with the pillage and plunder of the environmental resources of countries of the South, which have also significantly contributed to our climate vulnerabilities, on top of displacing communities, eroding local livelihoods and polluting their food. Countries in the Global South consistently rank in the top 10 most climate-threatened regions of the world. This has not changed. If anything, we renew this call with greater vigor and resolve in the face of the COVID-19 pandemic, greatly alarmed by the continued privileging of corporations and elites over peoples’ well-being and survival.

We reiterate the following demands:

We will continue to work in solidarity with economic justice, environmental and climate justice, and human rights movements and organizations fighting for an end to the long list of abuses and violations linked to this billion-dollar global enterprise. The struggle is even more urgent for the resource-rich but impoverished countries of the South especially targeted by extractives firms.