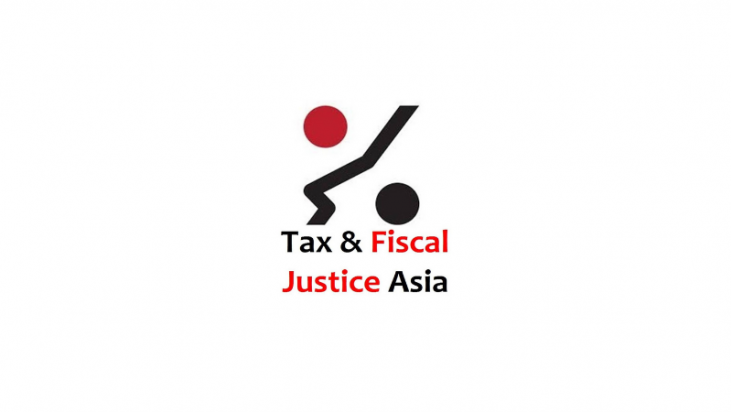 In response to the G7 finance ministers tax deal, Tax and Fiscal Justice Asia (TAFJA) – our regional network in the Asian continent – published the following statement:

Agreements of the Group of Seven in its meeting early June has set the stage for even tougher fights ahead  for tax justice advocates in Asia and around the world campaigning for an overhaul of tax rules to reverse growing inequality and deepening poverty.

“The G7 has decided on a tax deal among the richest 10 percent in the world for their exclusive benefit, aggressively eclipsing the global tax agenda ahead of the United Nations General Assembly, decried Lidy Nacpil of the Asian Peoples’ Movement on Debt and Development (APMDD), a member of the Tax and Fiscal Justice Asia (TAFJA) network.

“The much-vaunted pact hammered out by G7 finance ministers for a 15 percent global minimum corporate tax rate is nothing but an invitation to a race to the minimum,” says Hiroo Aoba who sits in the coordinating committee of TAFJA, representing Public Service International Asia- Pacific Office. He points out that business circles in such countries as Australia and Denmark have begun calling for lowering their corporate tax rates.

“The unacceptably low 15% minimum corporate tax rate seeks to disincentivize rich country corporations from shifting their profits from their home countries to low tax jurisdictions, but does not address the ability of the digital corporations to make tons of money in developing countries without paying corporate income tax there since they are supposedly not even present in those countries,” explains Third World Network (TWN)  tax lawyer Tony Salvador.

“The international tax justice campaign has long called for at least 25 percent as a global minimum. A higher minimum could generate resources necessary to tackle social-economic crises triggered by the Covid-19 pandemic and to provide essential public services to people,” Aoba adds.

“An alternative, fairer model for revenue-allocation proposed by civil society, known as METR, a Minimum Effective Tax Rate for multinationals, would provide non-G7 states with an additional US$355 billion,” notes Aoba.

A TAFJA member closely monitoring emerging rules on taxing the digital economy has raised another red flag. “We worry about the trajectory of the G7 statement, as it is consistent with efforts to GATTicize the power of sovereign nations to impose taxes, especially with respect to e-commerce and the digital economy. There are disturbing initiatives to impose an international tax legal framework where nations are forced to accept as normal the imposition of trade sanctions for simply exercising the sovereign right to tax. This is totally unacceptable,” says TWN’s Salvador.

He further emphasizes a fundamental principle: “The power of taxation is an essential attribute of a sovereign nation and its exercise emanates from its people and devolved upon the legislature of each nation. It should not be hindered even by international processes nor held hostage to the desires of big corporations domiciled in rich nations.”

Lidy Nacpil is calling on tax justice advocates to press forward and fight for democratic mechanisms under the United Nation to address the global dimensions of tax abuses while upholding sovereignty of nations.  “With countries of the Global South most severely encumbered by foregone corporate tax revenues, we reiterate our call for a UN Tax Body towards more just and fair international tax rules.”

TAFJA is a regional network of the Global Alliance for Tax Justice GATJ), a growing movement of civil society organisations and activists, united in campaigning for greater transparency, democratic oversight and redistribution of wealth in national and global tax systems.

GATJ executive coordinator Dereje Alemayehu earlier denounced the agreements forged by the G7. “It’s a déjà vu! The G7 strikes a deal among themselves and paves the way for a manipulated endorsement as an international agreement in informal platforms created by their OECD, outside the UN system.”

He warned that “developing countries are then locked forever into an ‘international agreement’ with ‘binding and non-optional dispute resolution’ arrangements which will continue to deny them their taxing rights on part of global profit generated in their economies.”