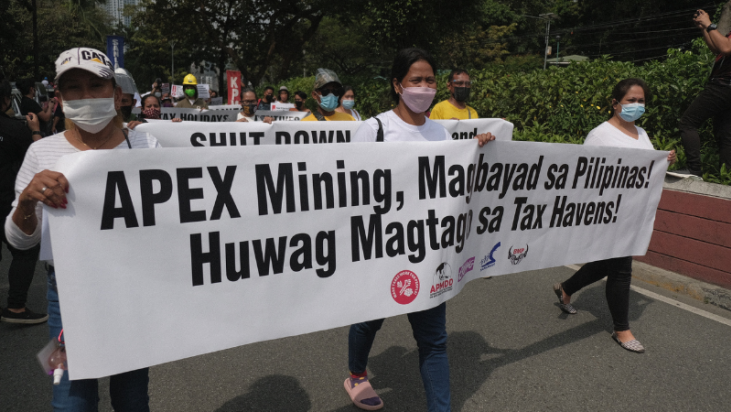 By Caroline Othim and Dereje Alemayehu *

The extractive industry represents a major source of wealth in economies of many countries around the world, particularly in the Global South. The mining sector contributes about 10 percent to GDP across 15 resource intensive sub-Saharan African countries. Women, in their formal and informal contribution, make up a big component of the workforce in the sector. Despite the hype about “mining wealth”, this sector has mostly negative impact on local communities – and it is not gender neutral. Evidence suggests that a gender bias exists in the distribution of risks and benefits in extractive industries’ projects: benefits accrue to men in the form of employment and compensation, while the costs, such as family and social disruption, and environmental degradation, fall most heavily on women.

Many countries in the Global South are making significant expansion taking place in the oil, gas and minerals sectors. However, growth in the extractive sector has not led to increased revenue from taxation or benefits for citizens in terms of public services or poverty reduction particularly for women experiencing intersecting inequalities. It has mainly benefited multinational companies and their shareholders, and a few wealthy individuals. Evidence shows for instance, governments in sub-Saharan Africa are losing between $450 and $730 million per year in corporate income tax revenues as the result of profit shifting by multinational companies in the mining sector. In addition, throughout the chain of exploration, contracting and licensing, operations and extraction, value addition, tax and royalty collection, and revenue distribution and management, women and men face different needs and opportunities. The gender dimensions of extractive industries reveal gender disparities not only in employment but also in the sharing of compensation benefits. This does not only disadvantage women but also their families and communities.

Women often experience the negative impacts of mining more than men, and rarely receive the benefits that men do. An Oxfam report outlines a number of impacts of mining on women including;  firstly, women often are not consulted when companies negotiate access to land, compensation or benefits. Secondly, when mining damages the environment, it undermines women’s ability to provide food and clean water to their families and can increase their workload. Thirdly, compensation and benefits are paid to men “on behalf of” their families, denying women access to mining’s financial benefits and potentially reducing their fiscal space and increasing their economic dependence on men. Lastly, women mine workers often face discrimination, poor working conditions and unequal pay for equal work.

Women also take the lead role in raising children, playing a vital role in the economy, and in many cases ensuring the family has enough money to put food on the table. Yet they suffer discrimination and hardship every day. When mining companies change or pollute the local environment, women often have a more difficult time gathering water and finding food. When these tasks take more time and effort, women and girls often have less time for other activities such as schooling or other work. Where mining pollutants or conversion of land means that clean water is less accessible, basic tasks such as washing clothes and cooking food become more arduous and, even worse, children and family members may be sickened by dirty water, meaning that mothers must then devote more time to seeking and giving family health care, taking time away from income generation, farming, or other tasks that might benefit the family or community.

When big mining companies do not pay their fair share of taxes and instead use aggressive tax planning methods to reduce their tax burdens, as well as receiving generous tax incentives, it is women and girls who bear the brunt as governments lack sufficient revenue to fund public service provision.

As the Global Alliance for Tax Justice (GATJ) commemorates the annual Global Day of Action for tax justice in the extractive industry, it is important for governments to ensure that the big mining companies meet their tax obligations. Governments need to invest in local social services such as health, education, sanitation and infrastructure to allow women more time for community programmes by ensuring that the revenues generated by mining companies are invested in public services, infrastructure and economic diversification.

Undertaking a gender impact assessment mining companies can ensure that their activities respect the rights of women and men; promote women’s empowerment and participation in community decision making processes; and increase the benefits of mining. Women-friendly mining practices are therefore needed since women are the linchpins of their communities, with key roles in ensuring the health, nutrition, education and security of those around them. Investing in women and assuring their participation in development is not only key for their own development, but also for the socio-economic development of their families and communities.

* Caroline Othim is the Global Policy Advocacy and Campaigns Coordinator of the Global Alliance for Tax Justice (GATJ) and the thematic lead on tax and gender at GATJ, leading the global campaign on “Make Taxes Work for Women” which advances the centrality of care in the economic system and the need for governments and multilateral institutions to implement structural reforms that uphold redistributive justice, including equal and progressive reforms in tax systems, where the wealthy elites and large corporate conglomerates pay their share of taxes in jurisdictions where their profits are created. She is passionate about tax and gender justice and works in policy and advocacy spaces to ensure that tax justice is a lived reality for all, particularly for women and girls everywhere.

Dereje Alemayehu is the Executive Coordinator of the Global Alliance for Tax Justice (GATJ). Prior to GATJ, Dereje has served as the founding chair of Tax Justice Network Africa (2008-2016), as well as Senior Economic Justice Advisor and as Country Manager for East Africa at Christian Aid. Before joining the CSO sector, he worked as a Lecturer at the Free University Berlin from 1987-98. He holds an MA in Development Studies and PhD in Economics from the same university.