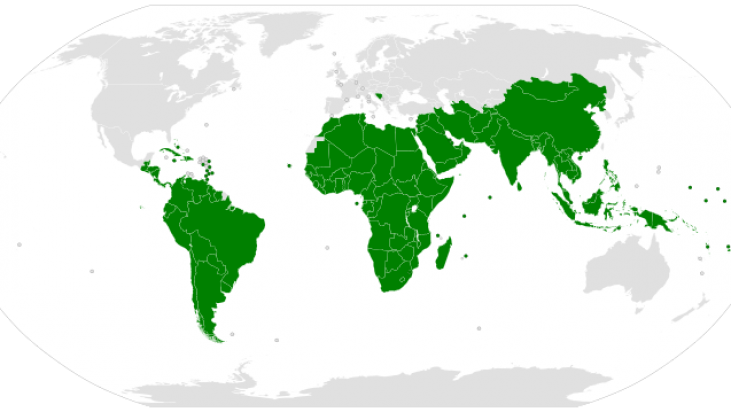 Time for developing countries to go beyond the OECD-led tax reform!

The OECD Inclusive Framework on BEPS (‘Inclusive Framework’) has been discussing taxation of transnational corporations and tax challenges arising from the digitalization of the economy. The impossibility of ring-fencing only the digital economy means that this has opened up a more fundamental discussion on the design of the international tax system. The ‘Inclusive Framework’ agreed on a Programme of Work, published in May 2019, that outlined their work on these reforms.

These reforms are being discussed in the Inclusive Framework under two ‘pillars’:

On 9th October 2019, under pillar 1, the OECD Secretariat published its ‘unified approach’ proposal which starts to outline a new system for allocating taxing rights. The proposal claimed to combine elements of three proposals which were originally put forward by USA, UK and G24, and were included in the agreed work programme of the Inclusive Framework. In reality, the OECD Secretariat’s proposal unfortunately ignored the central elements of the G24 proposal and has been criticized by academics such as Prof. Stiglitz and Prof. Ocampo, for the reform likely benefitting OECD countries at the cost of developing countries’ interests.

On 8th November 2019, under pillar 2, the OECD Secretariat published its ‘Global Anti-Base Erosion’ (GloBE) Proposal. However, since the proposal still leaves a number of key questions unanswered, it remains unclear to what extent pillar 2 discussions would benefit developing countries. It is also unclear whether this proposal might benefit residence countries (where the companies are headquartered) or source countries (where companies do business).

Having been built on top of the tax practices within the imperial trading blocs of the 1920s, the international tax system has historically been against developing country interests. The direction of current reforms in the OECD Inclusive Framework will only end up reinforcing this status quo. With the OECD Inclusive Framework mandated by the G20 to find a solution by the end of 2020, it is crucial for developing countries to consider how they respond collectively and strategically this year. It is time for developing countries to look beyond the OECD.

OECD launched the Inclusive Framework on BEPS in February 2016, after the BEPS outcomes were adopted by OECD and G20, through a process of agenda-setting and decision-making that excluded over 100 developing countries. The Inclusive Framework now invited developing countries to participate on ‘equal footing’ with the conditionality that they would have to implement BEPS minimum standards even if they were not part of negotiating them.

As of December 2019, the 137-member Inclusive Framework includes 68 members from G77 and China. G77 and China is an intergovernmental grouping of 134 developing countries. Only 10 Least Developed Countries (LDCs) are in the Inclusive Framework. There are currently 47 countries on the list of LDCs. Interestingly, UK Overseas Territories and Crown Dependencies are separate jurisdictions in the OECD negotiations, unlike in the UN where the UK gets one seat/vote.

Countries do not negotiate in groups at the OECD negotiations. This is a particular disadvantage for developing countries while on OECD turf, which is built for OECD coordination. Despite this, G24 developed a technical proposal for addressing tax challenges arising from digitalization that some G24 members in the Inclusive Framework successfully managed to have included as one of the three proposals for negotiation as part of the Inclusive Framework’s Programme of Work. The ‘Unified Approach’ proposal developed by the OECD Secretariat and now adopted by the Inclusive Framework, has now effectively sidelined this G24 proposal.

The Independent Commission for the Reform of International Corporate Taxation (ICRICT) which is chaired by José Antonio Ocampo and includes experts such as Thomas Piketty, Joseph Stiglitz, Irene Ovonji-Odida, Gabriel Zucman, Léonce Ndikumana, Jayati Ghosh amongst others, had called for this G24 proposal to be placed back on the negotiating table and endorsed as the best way forward for a new international tax system, particularly one that works for developing countries as well.

The G24 proposal should be introduced in a more legitimate forum, the United Nations. The technical proposal developed by G24 members could be the basis of a G77 and China proposal that is tabled for discussion, along with other proposals of interest to G77 members. The notion that the sort of political cooperation that exists within G77 and China and its various sub-groups built over decades, with resources invested in establishing Permanent Missions in NY, can simply be recreated in any other alternative setting is an exercise in political wishful thinking! There is a reason developing countries have consistently demanded an intergovernmental tax body within the UN – they are politically organized in the UN.

In addition, the issue should be introduced in the UN for a political discussion by G77 and China. This could, for example, be done through an intergovernmental UN tax body, which could be set up through a UN General Assembly resolution by G77 and China. A useful entry point in this regard is the 2019 Financing for Development Forum outcome document adopted by consensus by all UN member states, which noted:

“We further acknowledge that any consideration of tax measures in response to the digitalization of the economy should include a thorough analysis of the implications for developing countries, with a special focus on their unique needs and capacities.”

G77 and China should call for an intergovernmental discussion on this issue and place the G24 proposal, as well as other proposals of interest to G77, on the table for negotiation. This is vital to ensure developing countries’ interests are protected on taxation in relation to the digitalization of the economy. Rather than simply waiting on an OECD process that continues to ignore their interests, G77 and China should proactively further discussions on this issue at the UN.

Introducing this proposal via a UN General Assembly (UNGA) resolution also opens up possibilities down the line to vote through a new global standard as well. This is of course not ideal for building global consensus, but neither is a system that is strongly dominated by the interest of a handful of OECD countries. The continued, obstinate blocking by OECD members of an inclusive, principled negotiation process on international tax at the UN remains deeply problematic. The opaque OECD negotiations behind closed doors, served by a Secretariat accountable to only OECD members, is simply not the way forward on finding global consensus on such an important issue.

Additionally, there are now increasing fissures within OECD with some European countries keen to tax US digital companies. This is the only reason this issue is even being debated within the OECD and has nothing to do with the fact that the system was unfair to developing countries. France had unilaterally introduced a digital tax affecting US companies – a move which led to the US threatening France with trade sanctions. In fact, the France-US dispute had threatened to derail the OECD negotiations. Addressing these tensions has dominated the process at the cost of developing country interests.

The only meaningful way forward remains the G77’s long-standing call for establishing a UN intergovernmental tax commission with universal membership.

Such a tax commission can then negotiate a global multilateral UN tax convention, a call already being made by the Africa Group. In the meantime, G77 and China should move forward negotiations about solutions on the basis of the G24 proposal and call for a discussion to open up political space on this issue.

G20
Developing countries in the G20 should stand for G77 interests

G20 developing countries have to demonstrate leadership across political platforms to ensure broader developing country interests are represented. This requires much greater cooperation between Foreign Ministries and Finance Ministries – the excuse of a lack of coordination is not good enough. In retrospect, G20 developing countries should never have accepted mandating OECD for this global reform discussion and insisted on a UN negotiation process like we have with the climate crisis or the Sustainable Development Goals. But having come down this road now, they need to be held accountable for their decisions.

Global issues that have redistributive consequences cannot be seen only through a technical lens – it is as much a political economy challenge – and the negotiation process matters.

Perhaps the problems related to insufficient representation of developing country interests; the lack of a fair and effective member-driven negotiation process in the OECD might also finally open up space for a truly inclusive UN negotiation process on international tax. But it is clear that developing countries cannot afford to wait and watch. Losing hundreds of billions in revenue while staring at the climate emergency and implementation of SDGs is unacceptable.

It is time for developing countries to prioritise the issue in the UN. There should be no illusions about OECD BEPS 2.0 which is more of BEPS 1.0 – the priority of the OECD Secretariat, which is leading the process, has always been and will continue to be about protecting OECD interests.

“It is time for developing countries to mobilize.

If the Heads of State and finance ministers of these countries are not on top of the proposals, they will soon find themselves forced to accept a new international tax system that will not suit them.

The winners will be developed countries and their multinational enterprises, but it will then be too late to complain”.

Authors of this paper:

They contributed to this blog in their personal capacity.