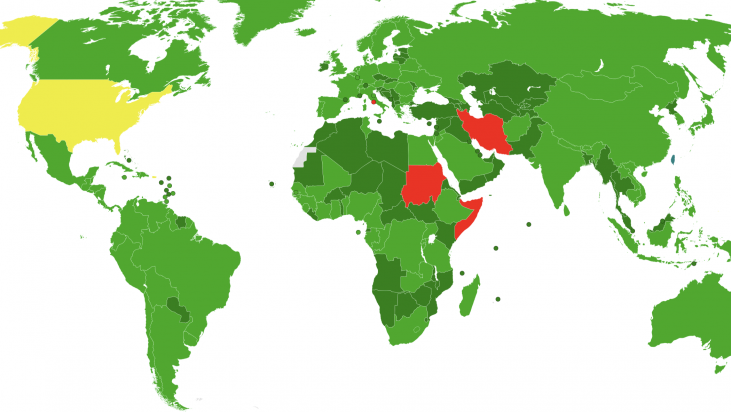 In April this year, the Chairpersons of all 10 United Nations treaty bodies were informed that six of them are very likely to have sessions in 2019 cancelled for financial reasons. This is “an unprecedented” consequence of some UN member States delaying payments due to the United Nations.

The ten human rights treaties are legally binding treaties, adopted by the UN General Assembly and ratified by States. Each Treaty establishes a treaty body (or Committee) comprising elected independent experts who seek to ensure that States parties fulfil their legal obligations under the Conventions.

“GATJ understands that this will result in the likely cancellation of six treaty body sessions in 2019, including the 74th session of the Convention on the Elimination of Discrimination Against Women (CEDAW)”. “The likely postponement of this year’s review session undermines CEDAW’s ability to implement its mandate, especially at a time when women’s human rights are under threat and space for women’s rights activists globally is shrinking”, Caroline Othim, the GATJ’s Global Campaigns and Policy Coordinator in Africa, explains. “Women’s human rights are often denied as a result of underfunded or privatised public services, the erosion of social protections and the rollback of collective bargaining rights as well as the negative effects of climate change. Tax revenue losses from an international tax system that enables illicit financial flows, including corporate tax abuses and secrecy jurisdictions, undermines the obligations of member states to meet women’s human rights – such as the right to clean water, the right to health and to education. Where regressive consumption taxes, like Value Added Tax (VAT), are used to fill revenue gaps, the tax burden falls disproportionately on women”.

“Amidst the global pushback against the promotion and protection of women’s rights, UN member states must act to ensure that CEDAW and the other treaty bodies can function effectively to uphold the UN human rights system”, GATJ statement concludes.