The AFRODAD International Conference on Combating Illicit Financial Flows from Africa will take place from Thursday 23rd to Friday 24th February 2017, at the “Rainbow Towers Hotel” in Harare, Zimbabwe.

Participants to the conference have been drawn from parliamentarians, civil society, regional intergovernmental organisations and media houses in Africa, Europe, Latin America and Asia.

The theme of the conference is “Strengthening Role of Parliament and Civil society in combating IFFs, with special focus natural resources revenue management.”

The two day conference aims to facilitate continuous dialogue on the state of IFFs and reflect on the efforts being made by national governments, civil society, intergovernmental organizations and international community to combat IFFs.

In September 2015, the United Nations Member States adopted the Sustainable Development Goals (SDGs) as the development blueprint for the next 15 years. The SDGs represent a much wider agenda than the original Millennium Development Goals (MDGs), thus the emphasis on the critical need for effective domestic resource mobilization by member states to ensure the attainment of this more ambitious agenda. In this view, paragraph 23 of the Addis Ababa Action Agenda (AAAA) also underscores redoubling efforts to substantially reduce Illicit Financial Flows (IFFs) by 2030, with a view to eventually eliminating them.
Paragraph 23 of the Addis Ababa Action Agenda (AAAA) reads:
“We will redouble efforts to substantially reduce illicit financial flows by 2030, with a view to eventually eliminating them, including by combating tax evasion and corruption through strengthened national regulation and increased international cooperation. We will also reduce opportunities for tax avoidance, and consider inserting anti-abuse clauses in all tax treaties. We will enhance disclosure practices and transparency in both source and destination countries, including by seeking to ensure transparency in all financial transactions between Governments and companies to relevant tax authorities. We will make sure that all companies, including multinationals, pay taxes to the Governments of countries where economic activity occurs and value is created, in accordance with national and international laws and policies”.
Whilst the issue of IFFs has risen rapidly up the political agenda, and some concrete policy changes have been adopted, the highly technical nature of illicit financial flows coupled with the limited availability of data and knowledge of their developmental impacts impose constraints on policy responses and advocacy efforts. There is therefore need to develop and strengthen global CSO awareness on the developmental impacts of illicit financial flows in relation to other aspects of development finance.
There was a massive outflow of illicit finance from developing countries, estimated in 2013 to be US$1090.1billion, and up by 134% from the 2004 estimate of US$465.3 billion. Cumulatively, developing countries are estimated to have lost US$7.8 trillion in illicit financial flows between 2004 and 2013, vastly exceeding the total cumulative official development assistance (ODA) receipts of US$809 billion estimated for the period 2003 to 2012. Of the cumulative US$7.8 trillion lost between 2004 and 2013, US$675 billion (8.6%) was lost from Sub Saharan Africa, with South Africa and Nigeria being the top sources.
The High level Panel on IFFs chaired by former South African President Thabo Mbeki established the fact that IFFs undermine Domestic Resource Mobilisation and needs global attention. CSOs through the Stop the Bleeding Campaign, have been stepping up efforts putting pressure on African governments to combat IFFs from Africa. This is very important taking note of the fact that the push for domestic resource mobilization will be meaningless if, it’s potential in funding development is undermined by illicit financial flows (IFFs). While many countries have national strategies (legal and institutional) to combat IFFs, such as Anti-corruption Acts, Anti-Money Laundering Acts, and Financial Intelligent Units, their effectiveness in dealing with IFFs remain constrained due to lack of political will, coupled with political interference in the operations of the institutions established to deal with IFFs.

Why combating IFFs from natural resource sector is key?
Though Africa is hugely endowed with natural resources, the mobilisation and utilisation of proceeds from the natural resource sector has not translated into meaningful and tangible benefits for the continent. Africa has remained characterised by poverty, lower economic growth, conflict, war and civil strife – a situation that has been widely described as the ‘resource curse’. Poor revenue management emanating from weaknesses in the mining policies and mining legal & regulatory frameworks such as lack of transparency, weak accountability and lack of independent enforcement and oversight bodies have been identified as some of the factors that have limited the development outcomes of natural resources exploitation. These weaknesses have also inevitably contributed to the growth of illicit financial flows (IFFs), which have been depriving African countries of urgently needed resources for investment into critical socio-economic development objectives, thus further hindering poverty alleviation and inclusive development on the continent.
Among other factors, lack of transparency and weak accountability are identified to be driven by the lack of involvement of relevant stakeholders in the whole extractive industry value chain. The participation of parliament, civil society organizations (CSOs) and the media in shaping policy decisions is a general rule of good governance that ensures checks and balances regarding the work of the executive in important issues related to the governance of the natural resource sector. However, in most cases, these groups are excluded in such discussions. Furthermore, the issues related natural resource governance such as tax justice and illicit financial flows are highly complex and technical such that legislators, CSOs and the media require adequate capacity building on the same to enable them to effectively engage if given the opportunity to be part of any negotiations or policy decisions related to the extractive sector. Conversely, under most government programs, the capacity building of these groups is generally neglected, resulting in their limited knowledge and capacity to meaningfully engage in policy discourses which end up being dominated by the executive.
Thus, the limited knowledge of these various non state actors on these issues compromise their efforts towards effectively mobilizing domestic resources from the natural resource sector for financing the continent’s development agenda. In addition to struggling with conducting empirical research that can influence illicit flows and extractives related policies, members of the civil society also lack capacity to effectively demand transparency in tax authorities’ operations and request accountability on governments’ use of natural resources tax revenues. Journalists also grapple with conducting investigative research into tax, illicit financial flows and extractive sectors beyond the press releases issued by tax authorities and mining companies among others. On the other hand, Parliamentarians remain constrained in passing laws that ensure efficiency and fairness in generating and using natural resource revenues and curbing illicit financial flows.
Overall aim of the conference
Recognizing the need to enhance the capacity of parliamentarians, civil society and media to scrutinize government policy and engage on issues of revenue management, illicit financial flows and other natural resource governance issues, AFRODAD hosts this conference to facilitate continuous dialogue on the state of IFFs and reflect on the efforts being made by national governments, civil society, intergovernmental organizations and international community.

Conference Objectives:
1. Discuss the efforts that are being made and challenges being faced by developing countries in curbing illicit financial flows in the context of the recommendations of the High Level Panel on Illicit Financial Flows of 2012.
2. Promote global dialogue between the Parliamentarians and civil society from both the global south and the global north on global challenges regarding Illicit Financial Flows.
3. Strengthen participants’ knowledge and tools to tackle illicit financial flows and natural resource governance issues, especially revenue management.
4. To ensure that civil society organisations, parliamentarians and the media play an influential role in monitoring and influencing natural resource governance and curbing of illicit financial flows.
5. Mobilise participants to rally behind the Stop the Bleeding Campaign, as a best strategy to put pressure on African governments to combat IFFs from Africa. 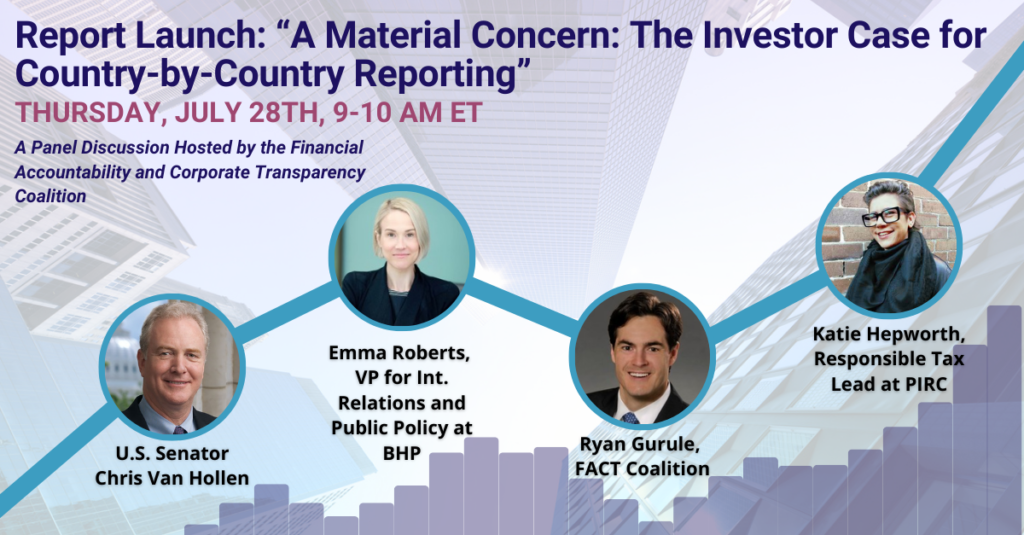 The Financial Accountability and Corporate Transparency (FACT) Coalition, member of the Global Alliance for Tax Justice 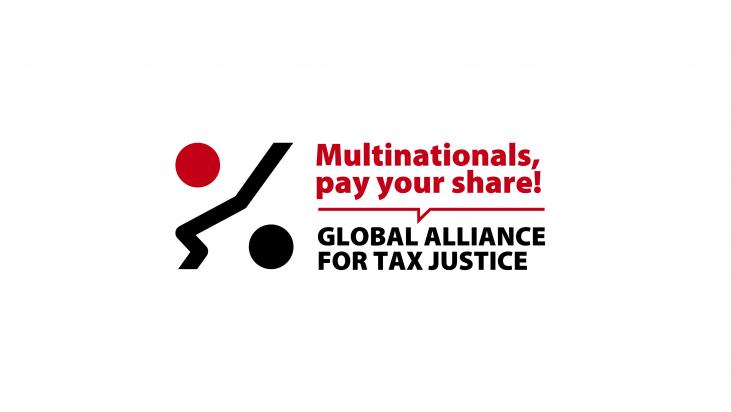 Attached are brief notes during the last call. This was the group’s second call in 2017. We had a few glitches but the c 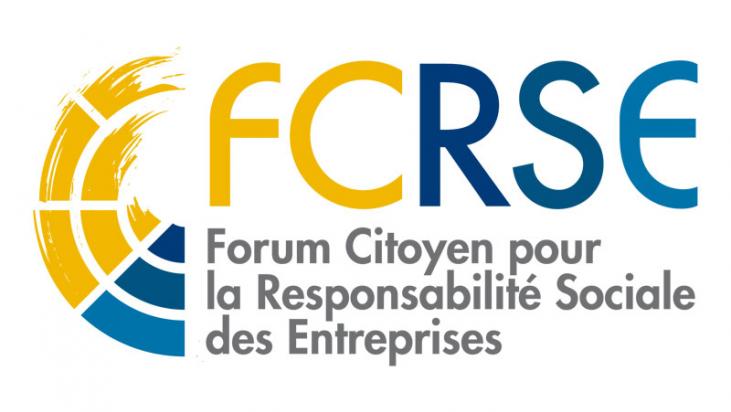