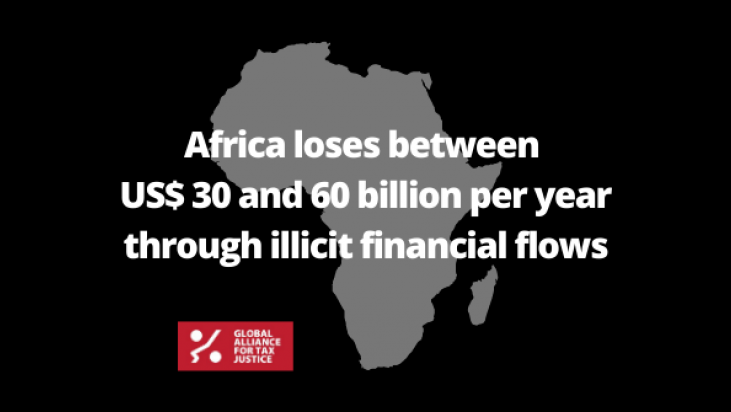 A Year Later, The Tale of Mauritius Leaks

Last year the International Consortium of Investigative Journalists (ICIJ) published damning revelations of how a tiny nation in the middle of Indian ocean – Mauritius – was being used as a gateway for tax avoidance and a conduit to divert money from poor developing nations into the hands of a few wealthy elite and multinational companies. This is possible through a sophisticated system of tax planning using several enablers including lawyers, bankers and accountants.

Mauritius is a gateway because it levies a general corporate tax rate of 15 percent, with no capital gains tax and no withholding tax on interest and royalties for global business companies. A series of tax incentives are also given, including an eight-year tax holiday for companies with a global headquarters administration license, to encourage companies to relocate their headquarters to Mauritius.

The trove of documents in ICIJ’s Mauritius Leaks revealed how the wealthy elite used dubious and shell companies to shift profits to their companies headquartered in Mauritius. They also showed how a California-based digital mapping company received payments from the government of Botswana to a shell company in Mauritius for software licenses; and how a Ugandan businessman, may have benefited from a multi-million-dollar investments structured through Mauritius to avoid tax among other examples.

Double taxation occurs when a tax is imposed more than once on the same asset, income stream, or transaction, but it can also occur if two or more countries assume jurisdiction over the same asset, income, or transaction. This form of double taxation is often solved by tax treaties between countries. Double tax avoidance agreement treaties can lead to revenue leakage when multinational corporations employ tax avoidance and tax evasion tactics thus depriving governments at all levels of development of the money they need to address poverty and invest in public services like healthcare and education.

“The main reason for a DTA is to ensure that companies are not taxed twice, but largely what they end up achieving is double non taxation”, noted Alvin Mosioma, Executive Coordinator of Tax Justice Network Africa and member of our Coordination Committee.

As part of their efforts to raise awareness about problematic double taxation agreements (DTAs) that unscrupulous multinational companies and businessmen use to lower their tax burden, TJNA filed a court case in 2012, way before the Mauritius Leaks. Our regional network in Africa, TJNA won the case after a long court battle in a landmark ruling from the Kenya High Court on its case against the Kenya-Mauritius Double Taxation Treaty (DTT) which was voided and declared unconstitutional on March 14, 2019.

Kenya is currently reviewing the Kenya DTAs with Mauritius, as well as other secrecy jurisdictions like Singapore and Barbados. This has led to a snowball effect on other African countries to review and renegotiate their DTAs on the hence sealing loopholes that facilitate tax avoidance and evasion.

After years of pressure and the Mauritius Leaks exposé, a number of African countries are scrutinizing and renegotiating their tax treaties with Mauritius, including Zambia, Namibia, Lesotho, Uganda and the Republic of Congo, because the current deals are costing them millions of dollars in lost tax revenue each year, allowing corporations to pay less taxes to national governments. Senegal on the other hand decided to end their double tax agreement, which was signed in 2004 and had a cost of $257 million in lost tax revenue over 17 years.

“Mauritius plays a significant role in facilitating IFFs from several African countries and in serving as conduit for profit shifting by companies not willing to pay their due share of taxes in Africa. While commemorating Mauritius leaks, we should be careful not to contribute to the perception that relatively small players in the league like Mauritius are the quintessential tax havens. This perception is kept alive by the fact that the OECD and the EU do not dare to include the US, and other major OECD members with notorious offshore financial centres in their lists of “non-cooperative jurisdictions”, an official jargon for secrecy jurisdiction”, said our Executive Coordinator, Dereje Alemayehu.

Illicit Financial Flows: An Estimated Cost of US$ 60 Billion Per Year to Africa

Double tax agreements like the one with Mauritius also facilitate illicit financial flows which pose a significant threat to domestic resource mobilisation and developmental concerns, such as building strong and resilient institutions to support structural transformation. The 2015 Report of the AU/UNECA High-Level Panel on Illicit Financial Flows from Africa suggests that, at a conservative estimate, IFFs from the continent amount to between US$ 30 and 60 billion per year and have increased rapidly over the past decade.

Related studies suggest that IFFs from Africa exceeded amounts required to cover the continent’s external debt in 2008 and may have been equivalent to all of official development assistance received by Africa between 1970-2008. Developing countries are therefore disproportionately affected by the negative developmental consequences of IFFs, compounded by already weak governance structures that are necessary to prevent and counter IFFs, as well as low tax revenues.

Mauritius’ secrecy score of 45 in the Tax Justice Network’s Financial Secrecy Index 2020 and its global scale weight of 1.72 percent reflects the nation’s ongoing contribution to illicit financial flows from some of the countries that can least afford to lose tax money. “According to the Index, ‘an Anglo-American axis of secrecy (US, Cayman and the UK) now constitutes by far the greatest global threat of corruption and tax abuse’. It reveals further that OECD members and their dependent territories are overwhelmingly responsible for the secrecy underpinning IFFs and tax abuse globally”, highlighted Alemayehu.

The time is now for fundamental reform of the global tax and financial architecture through the establishment of a global tax body under the auspices of the UN where all countries have a seat at the table when setting tax standards. Pro-reform governments, multilateral institutions and civil society must work together to overcome the blockage posed by powerful OECD countries against such a policy and institutional reform.

“There is a lot of responsibility that lies with our governments to ensure that even as we call out Mauritius to do the right thing, we are also doing the right thing”, concluded Mosioma.