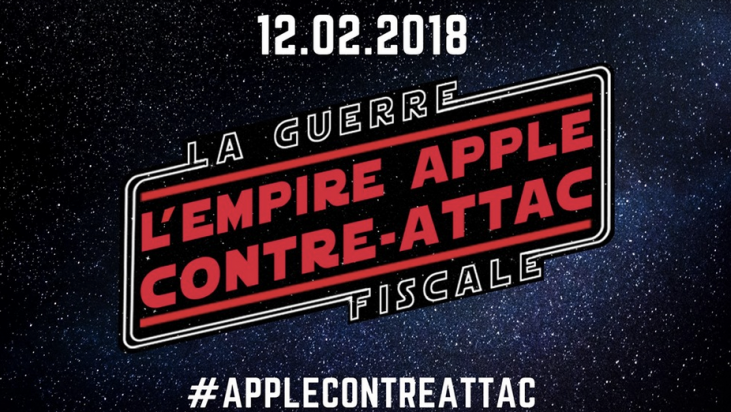 France: Attac vs. the Empire(s)

France is probably the country where Global Alliance for Tax Justice partner Attac has developed the most diverse strategy to denounce tax dodging by multinational companies: the civil society organisation, whose acronym* bears its tax justice founding in 1999, has been organizing non-violence civil disobedience actions throughout the whole country, with Apple stores being whitewashed, happenings in McDonald’s restaurants asking for “benefits to stay – not to take away” and citizens occupying tax dodging banks to re-create public services such as libraries, ER units or schools. Although economically harmful for the companies, very rapid – to avoid conflicts – and often realized with very low budgets, Attac’s #TaxJustice actions in more than 30 cities over the last two years, collected a broad media coverage… and gained public support.

A SLAPP action – Strategic Lawsuit Against Public Participation – is “a lawsuit that is intended to censor, intimidate, and silence critics by burdening them with the cost of a legal defense until they abandon their criticism or opposition”.

Locally, BNP Paribas is suing Attac activist Nicole Briend for having participated in one the actions in a BNP agency in Carpentras, in the South of France, in March 2016. The bank had already held a trial against an activist in January 2017, in Dax, France – but the prosecution had requested a discharge. Nicole Briend’s trial happens in Carpentras today.

Nationwide, Apple filed a summary procedure against Attac to prevent any action in its stores, asking for a 150000€ fine. The trial will happen next Feb 12th, in Paris.

With the large support and French and European civil society, Attac is organizing a campaign around these circumstances, marketed with StarWars memes and a petition:

“Attac alone cannot fight against the Apple empire, its financial strength and its army of lawyers. As tax scandals multiply and states are unable to take the necessary action, we need your help to show that Attac is acting in the public interest by denouncing the tax impunity enjoyed by multinationals like Apple”, as you can read on the petition page.