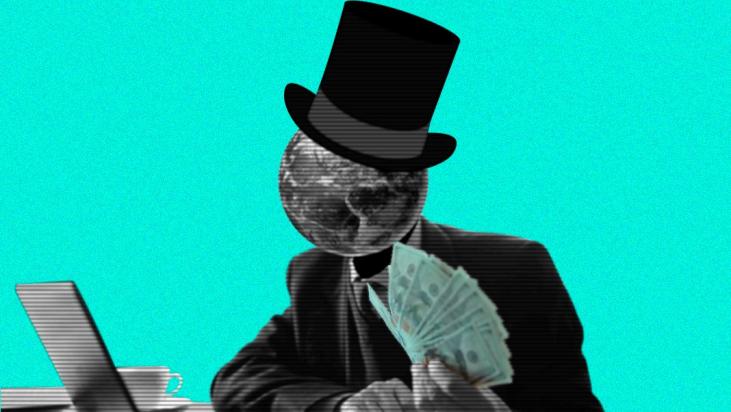 Global Minimum Tax of 15% Would Only Benefit Developed Countries

This text was originally published in Portuguese by Aupa

On 9 July, the G20 endorsed the proposal for a global corporate minimum tax of 15%. It was launched in early June by the G7 Ministers of Economy and has already been signed by 132 of the 139 members of the Organization for Economic Cooperation and Development (OECD)’s Inclusive Framework, which aims to combat tax evasion by multinational corporations.

According to estimates by the Independent Commission for the Reform of International Corporate Taxation (ICRICT) and the Tax Justice Network (TJN), an additional 275 billion dollars would be generated each year. It seems good, but the devil is in the details. Of this amount, the G7 and other developed countries would receive a total of 60% of the tax revenue, whereas the other nations (about 120) would have to distribute the remaining 40%, of which between 10% and 15% would go to developing countries. Latin America would receive only 3% of this amount.

The United States, for example, would receive about 83 billion dollars, while Peru would barely receive 471 million dollars. The White House government would receive 176 times more financial resources than the South American nation.

In addition, the proposal foresees that the global minimum tax would be applied to companies with annual income higher than 750 million euros. In practice, there are few companies that present this income: Large corporations such as Apple, for example, take advantage of some mechanisms to distribute their benefits so that the declared income does not reach the minimum established.

The proposal also says that the tax revenue would go to where the corporations’ headquarters are located, and not to the countries where they actually operate, which are usually developing countries.

It is also important to note that the 15% rate is much lower than the global average of corporate income taxes (which is above 25%) and is closer to the 12.5% proposed by low or no tax jurisdictions. Initially, US President Joe Biden had proposed a 21% rate for the global minimum tax, but over the course of the negotiations – which were held behind closed doors at the OECD – this rate has only dropped and tends to stimulate a “race to the minimum” instead of ending the race to the bottom.

Finally, the global tax rules continue to be established by a group of rich countries, which ironically are the greatest enablers of corporate tax abuse. According to the Corporate Tax Haven Index 2021, the OECD countries and their dependencies (such as UK’s Crown Dependency Jersey and Netherlands’ Aruba) are responsible for 68% of the risks of corporate tax abuse worldwide. Although the OECD has tried to include the Global South in the negotiations through its Inclusive Framework, countries like Brazil do not have the right to vote and therefore do not participate in the decisions.

At a time when we need financial resources the most to tackle the socioeconomic crisis triggered by COVID-19, proposals like this undermine the efforts of lower-income countries to generate additional resources. As Dereje Alemayehu, executive coordinator of the Global Alliance for Tax Justice (GATJ) said, “a solution agreed in an informal, opaque process and without the participation of significant representatives cannot have legitimacy to be a binding international agreement”.

Argentina publicly defended that the global minimum tax should be above 15% and not lower than 21%, although it finally endorsed the declaration of the Inclusive Framework. Other countries, such as Nigeria and Kenya, expressed their complete disagreement with the measure, as corporate tax rates in many developing countries range between 25% and 35%. Thus, a rate of 15% would not have a significant impact to reduce the transfer of profits to locations with lower rates.

Besides raising the rate to at least 21% and ideally 25% and guaranteeing the taxing rights of all countries, as the global movement for tax justice defends, we need more ambitious and transformative tax reforms for a balanced agreement that fully responds to the concerns and interests of developing countries.

The reform of the global financial and tax architecture needs to take place in a space where all countries can participate in decision-making. And the United Nations is the only space where this process could be truly inclusive, democratic, fair and transparent.