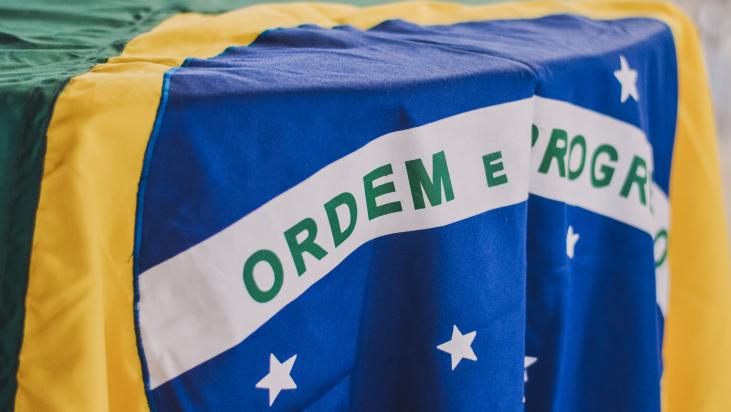 Amid so many setbacks in gender equality in Brazil, a report by the Instituto Justiça Fiscal (Tax Justice Institute) highlights how the country’s current tax system contributes to making this inequality systemic. By analyzing data from 2017-18, when the Brazilian Federal Revenue Office had 29,1 million people (13.9% of the population) declaring taxes, the institute concluded that women pay more personal income tax than men.

Although men are the majority among individual taxpayers declaring taxable (56.8%) and total income (53.8%), as well as with more assets and properties (63%), women pay a higher tax rate in almost all remuneration ranges except in two, as we can see in the chart below. This indicates that men have more tax-exempt earnings. In Brazil, tax exemptions are applied to income from business profits and dividends, scholarships and some financial investments. It represented 30.8% of the declarations in that same year.

The fact that from the range of 30 monthly minimum wages the participation of women only decreases and represents just 14% in the last range (“above 320 monthly minimum wages”) also supports the hypothesis that men have more tax-exempt income. “In this range, most of the taxpayers declare profits and dividends and therefore pay less taxes”, explain the economists Róber Iturriet Avila and Cristina Pereira Vieceli, who were responsible for the report.

Female-headed households are increasing, but have less resources

The institute’s report also shows that there was an increase in the amount of female-headed households in Brazil. “These demographic changes in the labor market and family structures tend to reinforce the role of women as responsible for supporting their families”, said the researchers. According to data from the Brazilian Institute of Geography and Statistics, in 1995, only 22.9% of families were headed by women. In 2018, the percentage increased to 44.3%.

At first, it seems positive that more and more women are leading the decisions within their homes. However, it is important to analyze the conditions under which this happens. Despite the increase in female-headed households, they are mainly among low-income families. In 2018, 56.8% of households headed by women had an average income of up to one minimum wage. The representation of male-headed households is bigger among the highest income ranges.

According to the report, male and female householders have different consumption profiles. Women spend most of their income on basic consumption products (such as food and clothing), whereas men spend more on goods related to transportation, drinks, tobacco and investments. “This results from both salary inequality and gender constructions”, say the researchers. “90.3% of the total householders without a spouse and with children up to 14 years old are women.”

How To Make Taxes Work for Women

At the national level, besides adopting a progressive tax system, in which one pays taxes according to his/her capacity, the Instituto Justiça Fiscal emphasizes the importance of imposing profits and dividends, which are as of now tax-exempt only in Brazil and Estonia.

Experts also recommend maintaining the current tax exemption on the basic basket products. In Brazil, the government is currently discussing the tax reform project and is considering ending part of these exemptions.

Another topic that is being discussed by the Brazilian Senate and that would be essential to reduce social inequality is the taxation of large fortunes. Despite being in the country’s Constitution of 1988, this has never been put into practice. According to the World Income Database, 10% of the richest Brazilians concentrate 55% of the national income. The current system taxes consumption, but not inheritance or higher incomes.

All across the world, the tax systems are aggravating social inequalities, and women are the most impacted. This is why we need a transformation in the global tax system, too.

In our global campaign Make Taxes Work for Women, the Global Alliance for Tax Justice together with its regional members and partners call for the governments to reduce unfair tax burdens on women and the adopt progressive and gender just taxation; remove gender bias and discrimination in tax policies and laws; and increase allocation of tax revenues for gender-responsive social services.