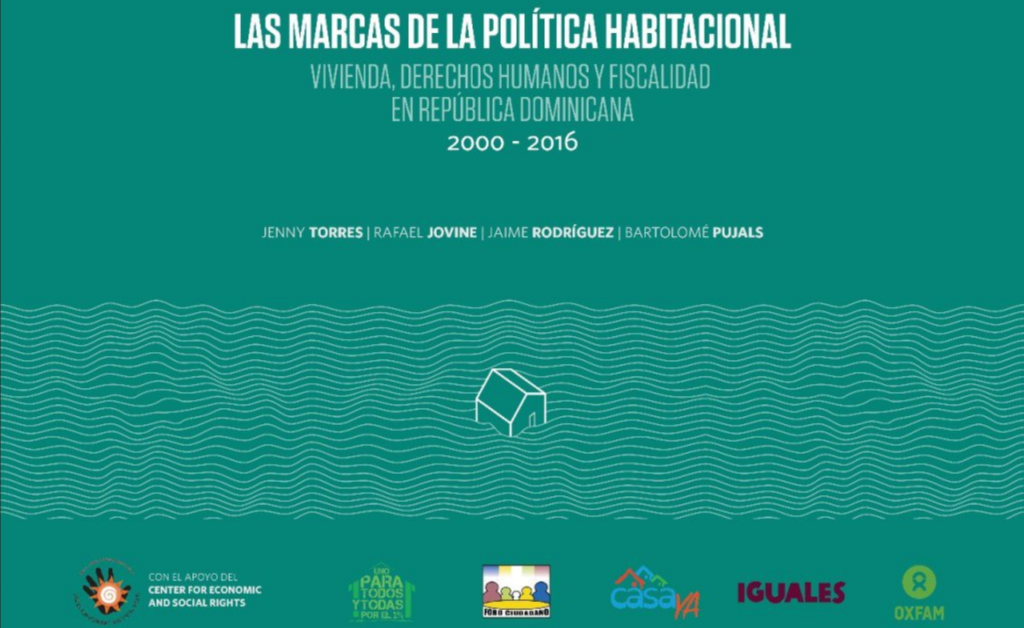 In the Dominican Republic, #TaxJustice for housing rights

In the Dominican Republic, hundreds of social organizations – gathered in the Foro Ciudadano (FC) – are leading a campaign to link housing rights and fair taxation and, at a broader level, to invite the government to debate the budget with citizens.

In 2015, FC’s Housing and Habitat commission had launched Casa Ya, a campaign asking the government to guarantee housing rights for the entire population.

In fact, a recent Oxfam study, “Se buscan recursos para garantizar derechos” (“Wanted: Resources to guarantee rights”) reports that, in the country, 71% of the population lacks decent housing – that is, a house built with adequate materials, outside the risk zone, with access to water, energy, sanitation and that is inhabited by a single family. “The country, civil society organizations say, hides gaps that are accentuated in vulnerable or excluded sectors”, which was already getting worse with the successive hurricanes David in 1979, George in 1998 and the storms Olga and Noel in 2007… until Maria in September this year.

Although Article 59 of the Dominican Constitution establishes that “having decent housing with essential basic services is a fundamental right and the State is responsible for setting the necessary conditions to make it effective”, the fall in public investment in housing “is significant and accentuated”, says Oxfam: “in relation to GDP it has dropped from 0.55% of GDP in 2008 to only 0.03% of GDP in 2017.”

Oxfam describes as “insufficient and discouraging” the efforts of the State to combat housing problems – “this level of dispersion shows that the human right to housing is not one of the priorities of the current public administration”, he says – and proposes a calculation of available fiscal space to reorient “badly spent” public resources into the fulfilment of rights.

In June, Casa Ya was transformed into the public campaign “One for All and All for the 1%” (“Uno para Todos y Todas por el Uno %”), urging the Dominican government to allocate 1% of the Gross Domestic Product (GDP) to housing, for a period of 10 years.

Last week, the civil society organisations championing this campaign held their informative assembly, where they presented the research entitled: “The Marks of Housing Policy” (“Las Marcas de la política habitacional”), a study that addresses the situation of the housing sector in the country, during the period 2000-2016, from a human rights and tax perspective:

The objective of the study is to highlight the characteristics and nuances of the exercise of the human right to decent housing in the Dominican Republic, through the analysis of the legal and regulatory framework in force, as well as policy actions and public investment in housing and the presentation of life stories in impoverished human settlements.

The study, prepared by Ciudad Alternativa with the support of Oxfam and CESR, was conducted with an innovative methodology called OPERA (Outcomes, Policy Efforts, Resources, Assessment), which allows monitoring if the State has implemented all possible efforts to guarantee a right, by analyzing its financing.

The assembly also introduced a new stage of the campaign, titled #cambiemosprioridades (Let’s Change priorities), which seeks to reorient public spending for greater investment in housing.

“While more than 1% of GDP is wasted in travel expenses, advertising, corruption and bottles, 71% of the population does not have decent housing, including the more than 8,000 people affected by disasters – who have been waiting for answers for decades,” says the flagship video: