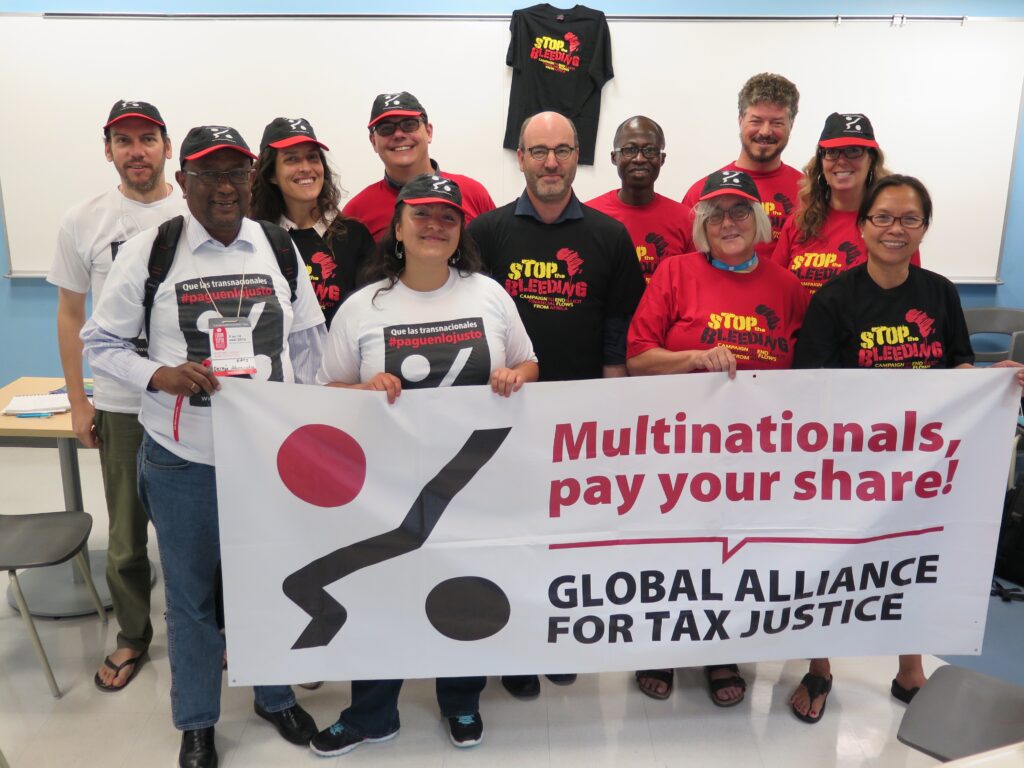 Global Alliance for Tax Justice members from every regional network met with fellow activists and new friends and allies at the World Social Forum in Montreal, Canada from August 9-14, 2016. Outcomes included the WSF 2016 Declaration “Disarm finance and achieve tax justice” with the call for a global day of action to oppose tax havens. Please see the statement in English, in French and in Spanish.

Canadians for Tax Fairness drew great interest with the presentation of their new campaign “Level the digital playing field” exposing the near zero levels of tax paid by multinational corporations such as Apple, Google, Facebook, Amazon, Netflix, Uber and Airbnb.

More than 700 people packed the hall for the opening Grand Conference “Tax Havens at the Centre of the Inequalities Crisis (Les paradis fiscaux au cœur de la crise des inégalités)” hosted by Attac Québec and Oxfam Québec. The all-star panel included author Alain Deneault, Ricardo Fuentes-Nieva of Oxfam Mexico, Erika Dayle Siu, ICRICT and Nick Dearden, Global Justice Now (ATTAC UK). “We from the global north have more work to do for tax justice, because the rules are currently set by our countries,” noted Dayle Siu. “The conversation about tax justice turns us into citizens instead of consumers, said Dearden. The event was co-facilitated by Roger Lanoue, ATTAC Québec and Teresa Marshall, GATJ.

Mae Buenaventura of the Asian Fiscal and Tax Justice Alliance/APMDD emphasized that “if the proper resources are available, then the need for aid and development funding is minimized.”

Chantal Santerre spoke about the work her organization, the Coalition Main Rouge in Quebec, works to improve tax policies for public funding and oppose the privatization of public services:  “We analyse the tax system in order to better it, showing that tax not a curse, it is a means to build the society we want to live in.”

GATJ’s Dereje Alemayehu added: “Tax is not a technical issue, it is a contribution we human beings make in society to allow everyone to live in dignity.”

Global Progressive Forum was the lead organizer for “Tax Justice and the Fight Against Poverty” with speakers including Lidy Nacpil, GATJ/Asian Fiscal and Tax Justice Alliance, Antonio Gambini, CNCD 11.11.11, Erika Dayle Siu, ICRICT, and Maria Arena, Belgian MEP. “We must pinpoint the bias of our governments for corporations and the harmful race to the bottom in corporate taxation,” said Nacpil.

Scott Chamberlain of the Association of Canadian Financial Officers was a featured speaker in the“ Fighting the Two-Headed Beast: Austerity and Corruption” discussion organized with the SPGQ, Funding Democracy and Public Services International.

The discussion circle on “Tax Justice & the Extractive Industries” highlighted the need to build stronger links between tax justice, environmental and indigenous rights activists in the global south and north. Canadian mining companies are among the worst actors in countries around the world, MiningWatch Canada representative Jamie Kneen noted.

AFTJA’s Mae Buenaventura explained that while the Philippines is among the richest countries in extractives resources, mining companies pay little or no tax there.

Kwesi Obeng, Tax Justice Network-Africa policy officer, said the TJN-A is working with the African Union to implement the Africa Mining Vision, looking at the entire value chain. “We are pushing for the involvement of civil society and communities. We monitor the situations in Zambia, Ghana and Tanzania and it is very clear that there is a race to the bottom in taxation, and our countries are not benefiting from the extractive industries.” Rodolfo Bejarano, economist with Red de Justicia Fiscal América Latina y el Caribe/Latindadd
explained the problem of tax evasion in his region includes illicit financial flows where 88% is related to trade activity (misinvoicing), such as in the extractives industries. The focus on tax justice, human rights and the extractives industries was amplified in the main WSF activity stream “People and the Planet Before Profit! Moving Away from Free Trade and Extractivism to Dismantle Corporate Power.” The standing room only crowd at the concluding tax justice convergence assembly discussed and endorsed the World Social Forum 2016 Declaration “Disarm finance and achieve tax justice.” Please see the statement in English, in French and in Spanish. Attac members including from Quebec, France and Spain proposed that campaign actions going forward should include a global day of action against tax havens; April 3, 2017 was suggested to mark the anniversary of the release of the Panama Papers. 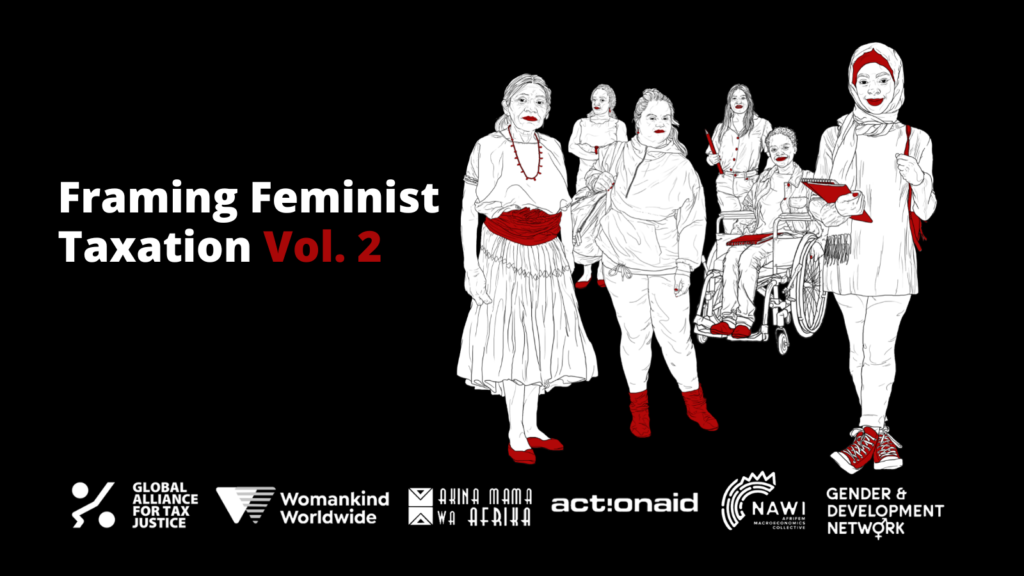 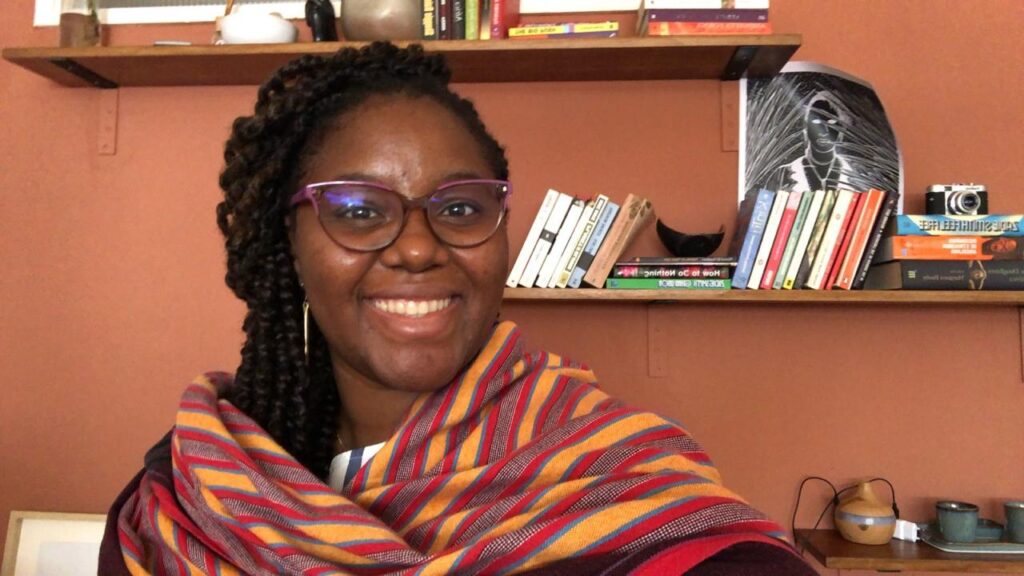 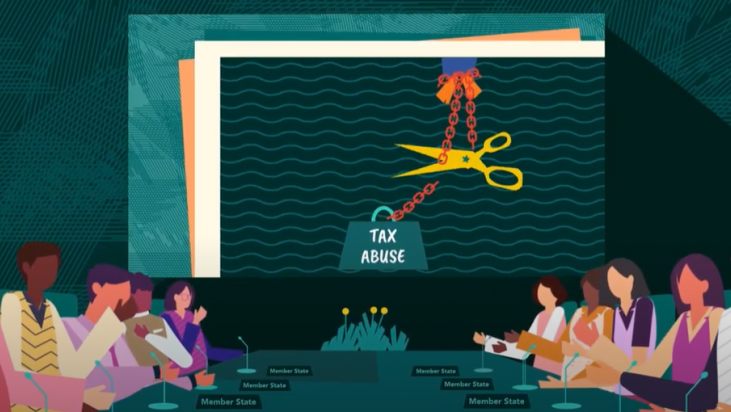