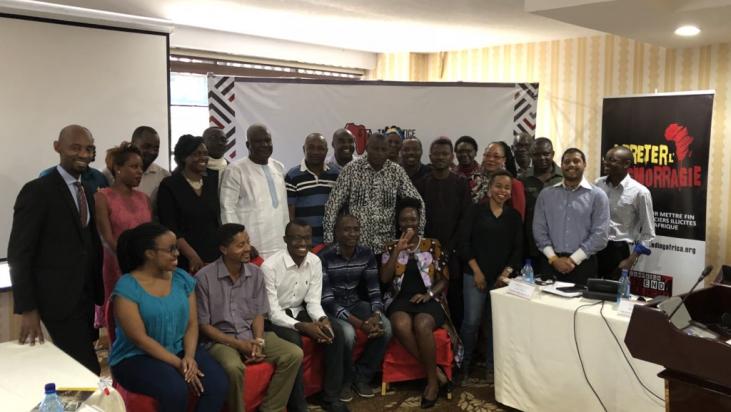 The AMTP is one of the flagship programmes of TJNA. This annual training, which was started in 2015, brought together editors and journalists from over 20 countries across Africa. The AMTP “is aimed at bridging the gap between the civil society and media and provide the latter with a grasp on the scale of issues related to illicit financial flows (IFFs), taxation and domestic resource mobilisation which are key towards financing Africa’s development agenda by reducing its dependence on external sources”.

“The scope of corruption and IFFs in Africa and the response to the corruption and IFFs’ scourge in Africa were the two first aspects of the training that participants were taken through by Jared Maranga, Policy Lead on Tax and investments Programme at TJNA. From the discussions corruption emerged as deep rooted in most African economies. Approximately USD. 50 billion are lost each year in Africa through IFFs as stated in the Report of the High Level Panel on Illicit Financial Flows from Africa (HLP). The figure is estimated to have increased to USD. 100 billion according to UNECA of which, corruption contributes to 5%. Among challenges of the fight against corruption and IFFS, Mr. Maranga indicated a lack of commitment, limited exchange of information among the national agencies and a lack of asset recovery mechanisms despite institutions like African Union Board on Corruption.

“Track it, Stop it, Get it: Who does what where how?” is the session in which means and stakeholders of the fight against corruption and IFFS were discussed. “We need to rethink the geography of corruption because according to the Tax Justice Network’s Financial Secrecy Index, ill-gotten gains from countries of the South are hidden in some of the very countries perceived as “very clean” in the North when it comes to corruption,’’ said Alvin Mosioma, TJNA’s Executive Director and facilitator of the session. Tracking corruption implies implementing for instance public registry of beneficial ownership, country by country reporting and automatic exchange of tax information. However, stopping IFFs requires mapping of IFFs drivers and enablers”.

This 2018 session was held under the theme “Investigating corruption and illicit financial flows in Africa” and was live on Twitter through #media4taxjustice.

Tax Justice Network Africa published a press briefing about this training, in English and French: