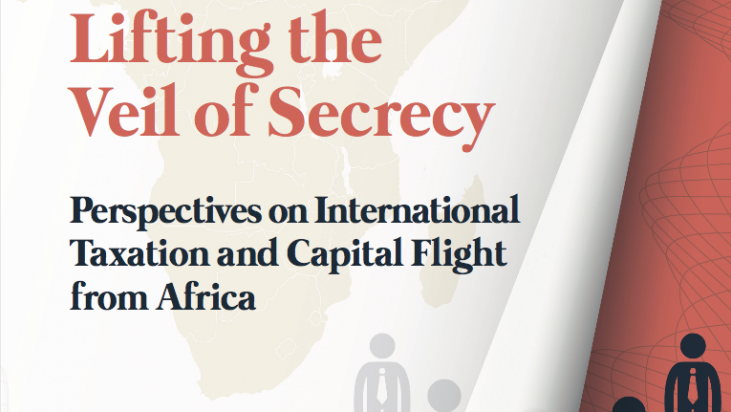 Africa/Norway: “Lifting the veil on IFFs”

In this book, leading international scholars and experts explore the problem of Illicit Financial Flows (IFFs) from Africa, the actors, the effects and policy measures that can address the challenges.

More than 120 hard copies of the book had already been distributed during an official event at Tax Justice Network- Africa’s 5th Pan-African Conference on IFFs, early November in Nairobi, with Tanzanian tax writers packing the room!

It has now been made in electronic version and is available online.

“Several African countries, explains TJN, are among the fastest growing economies in the world. However, capital flows to tax havens are one factor limiting the benefits of economic growth for ordinary Africans. It is estimated that African countries, relative to the size of their economies, lose more in corporate tax evasion than countries anywhere else in the world. Until recently, there has been little firm evidence on how the use of tax havens affects tax compliance, how it influences lobbying activities towards the domestic tax system, and how tax havens shape state-citizen relations.”

You can read it online here or download it here.

Originally, Tax Justice Norge had issued a booklet called “tax us if you can”, which was translated and then reworked into a book, an article collection of 20 articles in Norwegian, titled SKJULT (“hidden”) and published twice, in 2013 and 2016.

SKJULT, a combination of basic introduction and short versions of very updated research articles, was very popular among other Civil Society Organisations, students, academics, politicians, etc. Although it drew no media attention at that time, SKUJULT remained an “on the desk” book for many activists and policy-makers.

After SKJULT 2 was issued, the Norwegian development research institute CMI decided the gap in tax research on Africa had to be widely communicated in a simple way. It became this publication, with researchers from Africa and on Africa. Edited by Odd-Helge Fjeldstad, Peter Ringstad, Sigrid Klæboe Jacobsen and Prosper Ngowi, the publication counts with numerous articles, some of which published for the very first time. A very helpful glossary lists all organisations working on tax issues in Africa and broader.

The collection of articles by researchers and text boxes with introductory information is an effort to “try and bring research out to the wider public, in order for it to be used in policy work”, says Peter Ringstad from Tax Justice Norge.

The publication could be translated into French soon, obviously featuring new papers from French-speaking researchers.

A very helpful glossary lists all organisations working on tax issues in Africa and broader.