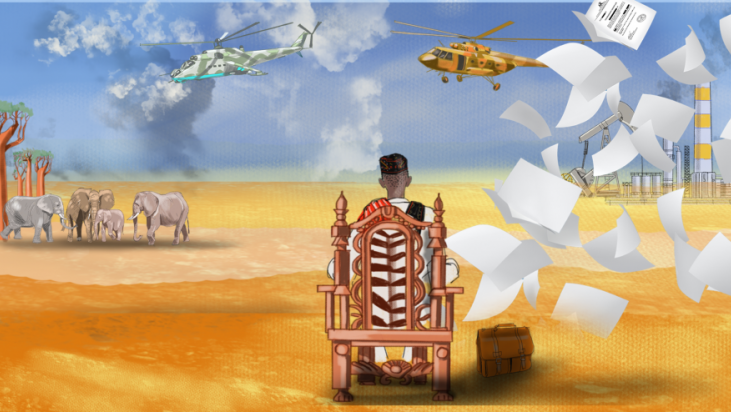 Today, the International Consortium of Investigative Journalists (ICIJ) together with journalists from the African region launched the “#WestAfricaLeaks“. The secret stash of documents are an account of the #ParadisePapers with a West African lens. Complex financial spreadsheets reveal details about how some of the world’s largest multinational corporations take advantage of the broken international tax system to avoid paying taxes and how Africa´s elite hide billions offshore.

– How Canadian engineering company SNC-Lavalin allegedly used Mauritius to dodge up to US$8.9 millions in taxes in Senegal (Mauritius-Senegal tax treaty issue),

– How honorary consuls use offshore companies to hide assets,

– How a shell company in the Seychelles linked a friend of the former president Sirleaf Johnson of Liberia to a mining company being awarded large licenses in Liberia,

– How Chevron was involved in a very complex deal, which might have cost Nigeria over €2 million in avoided capital gains tax,

– And numerous other stories, involving a presidential candidate in Mali, high-level officials in Niger, etc.

An overview of stories can be found on ICIJ’s website and on CENOZO’s website, in several languages, mainly French, English and Portuguese.

The Global Alliance for Tax Justice and its regional network member Tax Justice Network Africa (TJNA) consider the West Africa Leaks an expose of complicities between corrupt political elites and international business leading in the loss of Africa’s vital resources and call for greater action by national governments and rich countries to curb illicit financial flows and corruption.

“The West Africa Leaks reveal the complex and shadowy nature of the global financial architecture and how it in turn negatively impacts local economies. The leaks confirm the international nature of corruption and Illicit flows. Corrupt political elites are working in cahoots with anonymous entities in tax haven exploiting the loopholes and opaque financial system. It also shows that resulting in the loss of vital resources from countries not just across West Africa but the entire continent,” says Alvin Mosioma, TJNA’s Executive Director and member of GATJ Coordination Committee. Dereje Alemayehu, GATJ’s Executive Coordinator, says: ‘’The leaks reveal how multinational tax abuses are major contributors to illicit financial flows, which are bleeding developing countries dry and undermines the development of the African continent.”

OECD countries might discover it is in their self-interest to join developing countries in pursuing truly global, UN-led
Read more