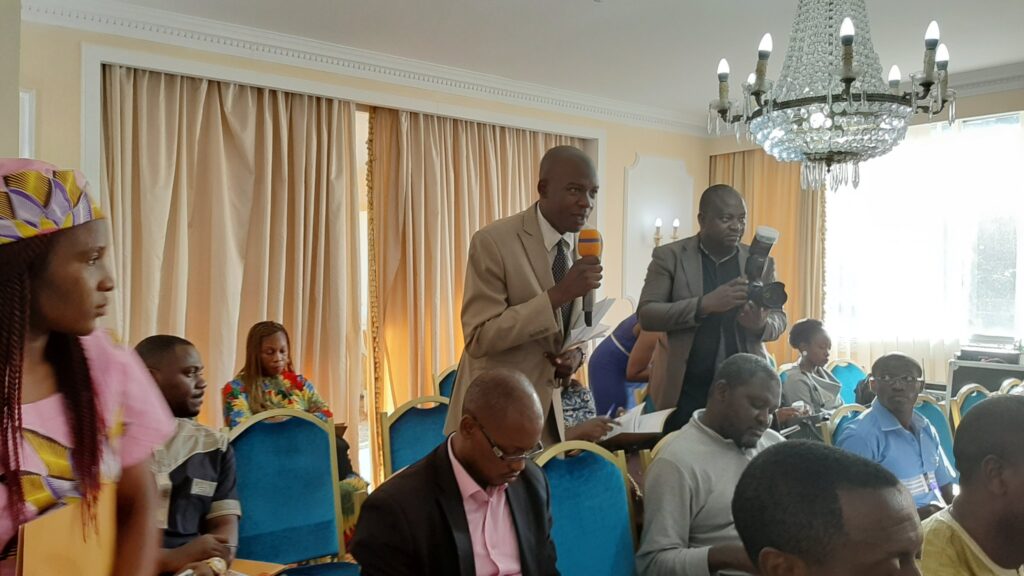 On June 21st, in Yaoundé, CRADEC, a national member of TJNA, the regional network member of the Global Alliance for Tax Justice (GATJ), launched the Cameroon Stop the Bleeding campaign – “Arrêtez l’hémorragie” in French. The aim of the campaign is to stop Illicit Financial Flows (IFFs) particularly in the mining sector companies, to feed into the global GATJ Campaign, “Multinationals,  pay your share.”

According to the High-Level Panel Report on IFFs, more than USD 50 billion is lost annually from Africa by illicit financial flows (IFFs). Money does not flow from developed countries to developing countries. It flows the other way around. For every dollar given to Africa in aid, ten dollars are lost in IFFs. To “replace” lost revenues, governments increase taxes which are easy to apply, such as income tax or VAT or other consumption taxes which again, fall on the poor and marginalized in society to bear and only aggravate inequality. Africa needs to recover its lost revenues, to stop IFFs and ensure that money goes to equitable development. Multinational Corporations (MNCs) need to pay their fair share of tax and our governments need to do all they can to stop the bleeding.

The launch in Cameroon coincided with the Public Services Day week and will culminate during the International Day of Fight against Corruption and Defend Human Rights, on 10th December. The launch was characterized by a two-day event that included a roundtable with government representatives and a public forum. The launch was graced by government ministers, parliamentarians, members of the private sector and civil society as well as media who committed to signing STB’s call to action to stop IFFs in order to achieve Sustainable Development.

In your country, you can act as well!

For more information on the Stop the Bleeding (STB) campaign you can contact Farah Nguegan, TJNA’s Communications and Campaigns Manager, and visit www.stopthebleeding.org