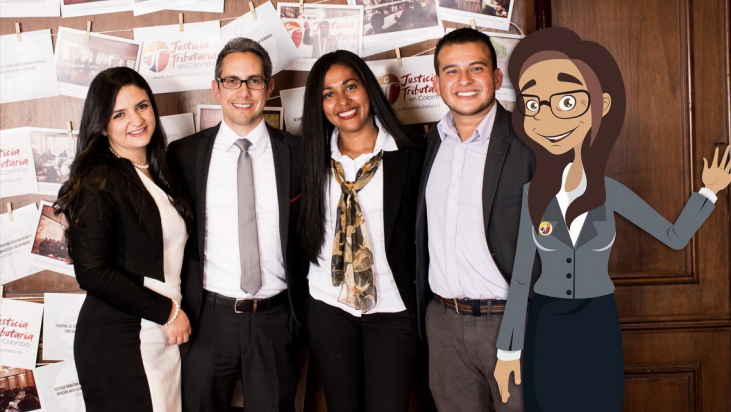 As presidential elections will be held in Colombia on 27 May 2018, the Colombia Tax Justice Platform Justicia Tributaria created a fictional candidate – a women, a researcher and a transparency and equality activist. #JustaIncorrupta, as she is named, comes along a cartoon character, who leads a proper campaign on social media… and hosts offline events as well.

In her candidacy pledge, #JustaIncorrupta introduces herself as “a Colombian woman who has worked for equality, progressive taxes, defending public patrimony, gender equity and other issues related to public spending and households’ pockets”.

She further introduces her “campaign” by invoking a history of environmental, social and anti-corruption campaigns, both at national and regional levels: “For years I have researched and advocated along with many social sectors, unions and politicians in tasks such as the defense of Isagén and Ecopetrol, the reversion of the Rubiales field to the Nation, the Odebrecht and Cerro Matoso denunciations, the “tax-free period” campaign among others. I have also fought for transparency in multinational corporations’ information of for eliminating excessive tax benefits”.

The purpose of this peculiar and innovative campaign is to challenge the presidential debate: “I want to defy the other presidential candidates to tell us what their proposals on this matter will be, with the objective that citizens have the tools to decide their vote. I hope you join me in this campaign for tax justice”.

#JustaIncorrupta published several videos and just launched a petition to lover the VAT, on change.org:

“#IfIWasPresident, I would lower VAT by fighting tax evasion. This is one of the key issues for the development of the national productive apparatus and overcoming the conditions of inequality and poverty that increasingly affect people and small and medium enterprises”.

Make sure to follow #JustaIncorrupta on social media, to give her a great echo!