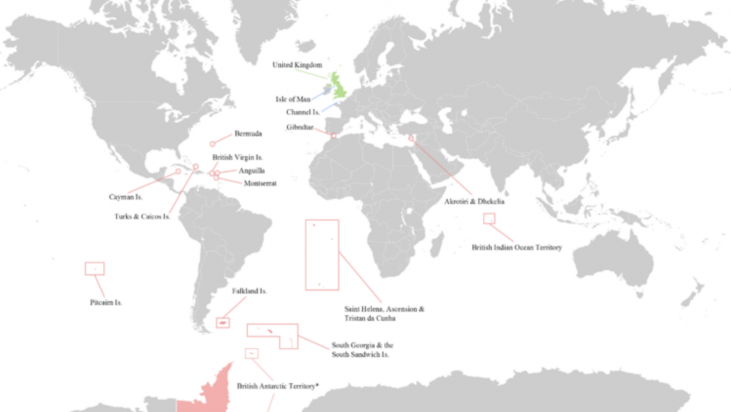 “Historic” #TaxJustice win in the UK

Some good news came from the United Kingdom, which accepted, on May 1st, an amendment to its Sanctions and Anti-Money Laundering Bill, opening up the way for public beneficial ownership registries in its Overseas Territories (OTs), including well known notorious tax havens like the British Virgin Islands, Cayman Islands and Bermuda. This public register will have to be put in place before the end of 2020.

This will impact the ability of these jurisdictions to incorporate shell companies with ease and contribute to money laundering and tax avoidance. “The battle however is ongoing as British crown dependencies are not included in this amendment and are thus not required to establish similar public beneficial ownership registries”, says CBGA India’s Neeti Biyani.

As Global Witness points out, public registers of beneficial owners are primarily a victory in the fight against corruption and money laundering, because it becomes much harder to conceal who makes and receives payments, obtains contracts, etc. The registers also help against evasion of wealth taxes, because it becomes easier to detect false ownership declarations intended to thwart exchange of bank account data (all UK territories and dependencies have committed to collect and exchange such data). In addition, public registers help against corporate tax avoidance, because it becomes harder to disguise intra-group transactions as third-party ones.

However, as Oxfam’s Francis Weyzig recaps, “the key problem with corporate tax havens is that they provide a zero-tax environment for profits derived from business activities in other countries. Only when countries like Bermuda and the Cayman Islands stop facilitating such structures, they might no longer be considered corporate tax havens. They have already committed to do something against offshore structures without real economic activity by 2019, under pressure from the EU, yet it remains to be seen if Bermuda will indeed stop granting zero-tax residence to Google Ireland Holdings and the like”.
“Moreover, Weyzig adds, to identify potential tax dodging by multinationals, different types of transparency is needed: public country-by-country reporting and domestic public registers of subsidiaries’ annual accounts.

“The beneficial owner of Nike International Ltd on Bermuda has never been a secret. However, it took the Paradise Papers to find out how much profits ended up there since 2007, and the threat of international anti-avoidance measures to make Nike switch to a NL-US onshore tax-dodging structure no longer involving Bermuda” (Weyzig notes that NL will close that loophole by 2020).

Global Witness also reflects on how this big win puts greater onus on the US to follow suit: “This now raises the stakes for remaining jurisdictions – including, and especially, the US – who are happy to sell secrecy. The longer the US delays, the more it cements its status as a top haven for dirty money used to finance all kinds of criminal activity, from terrorist financing to human trafficking and more. It’s only a matter of time until anonymously owned companies are a thing of the past. All eyes are now on the US.”

“It comes two years after the ICIJ’s Panama Papers investigation showed one in every two companies found in Mossack Fonseca’s files — the controversial law firm at heart of the scandal — was incorporated in the BVI. Mossack Fonseca closed down in March“.

Find out more about #TaxJustice in the UK through its national platform, Tax Justice UK.