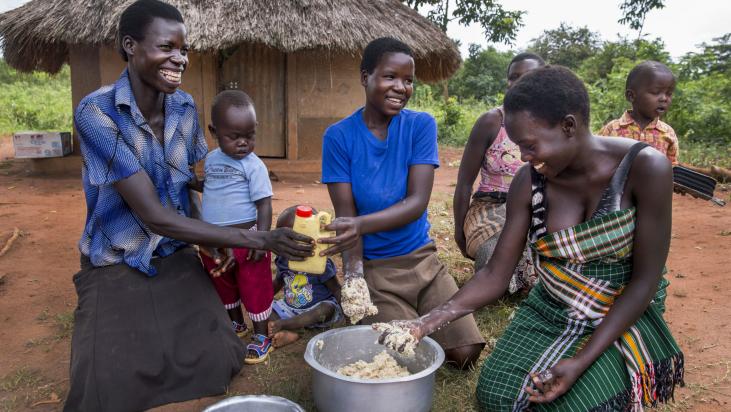 As part of the Global Days of Action on Tax Justice for Women’s Rights 2021, the Global Alliance for Tax Justice invited some members and partners to tell us how we could make taxes work for women. Twasiima P. Bigirwa, Economic Justice and Climate Action Lead at Akina Mama wa Afrika, situates women in contemporary international and domestic tax systems of Uganda

Positioning women in the domestic and international tax system is a complex venture because of the various ways that patriarchy intersects with systems of economic organization – at the domestic and international level – and international capital of which the tax-legal structure is one of pathways through which inequalities against women can be and are replicated.  The “public-private” divide further complicates this conundrum by creating seemingly separate yet interrelated realities for women in interaction with tax systems.  Looking at the Ugandan context, women, as a demographic, are situated unfavorably in the economy, facing various barriers to enhancing their income and economic autonomy like limited access to resources such credit and land[1]. They predominantly occupy the informal sector and take on small businesses, bear the burden of unpaid care work and if they are to take on employment in the formal sector they take on either low paying jobs or jobs that are “quasi formal” in the sense that they may have a contract but without the full employment benefits.[2] In this arrangement, the tax system will most definitely impact women differently.

Given the position of women in the informal and formal economic sector, the indirect taxes on goods used in the private arena and in care-work, such as Value Added Tax (VAT), further shrinks their income and their economic autonomy.[3] It is interesting to note that in the Ugandan context, VAT accounts more to the value of Gross Domestic Product (2.5% Financial year 2016/2017 ) as compared Corporate Income Tax (0.2% in financial year 2015/2016) due to tax exemptions given to corporations.[4]  It is therefore considered an important source of revenue for the State yet women face implicit bias in its application.  For women-led households, VAT further exacerbates their position by shrinking their income since they are the breadwinner. In comparison to Corporate Income Tax, women have a different experience in that they do not benefit from the incentives that are given to corporations. This is because they own small business that are in the informal sector. The incentives are “large-capital”-centered and therefore accrue to large corporations.

The international tax rules in the Ugandan context are shaped by international bodies such as the IMF and World Bank whose economic policies are mainstream, independent of or with limited understanding of women’s realities. In the event that women are “talked about” in these spaces, they are considered as an afterthought in matters pertaining to shaping economic structures and the legal arrangements that give legitimacy to the said structures.[5] For instance, the members of Staff of World Bank came up with a report on revenue generation in Uganda with a focus on domestic revenue, acknowledged the importance of VAT as the most important source of revenue in Uganda which increases the GDP by 4%.[6] The World Bank recommended that tax-exemptions should be greatly minimized and a Tax Expenditure Governance Framework should be put in place to facilitate collection of this tax.[7]  This comes against the backdrop of such institutions claiming to have a “gendered” perspective to their economic policies in contemporary times[8] and yet fail to see the harm caused when States are encouraged to focus on regressive tax rather than progressive ones.

Twasiima Bigirwa: ‘The countries most susceptible to vulnerability under such global-economic dynamics are the developing countries like Uganda. Income or other economic benefits that are argued to “trickle down” to the population, to women, do not materialize; what materializes is the ever-increasing inequality gap exacerbated by intersectional realities’

In the context of the COVID-19 pandemic, inequalities have been exacerbated and brought more to light. Consequently, mainstream ideas on economic growth and taxation should be replaced with heterodox economic theories – such as feminist economics – that are aware of women’s realities and which spaces they occupy in order to be alive to the possible consequences that may arise in the event of creation of a particular tax.  International financial institutions such as the IMF in providing relief to developing countries in the context of the COVID-19 pandemic, should not attach conditionalities that favor regressive taxes such as VAT, but should call for taxation policies that capture capital that is being taken away from these countries. Progressive taxes should be what is encouraged by individual countries that take on such relief. Economic and taxation policies should therefore be more labor centered than capital centered. The Debt burden from International Financial Institutions can be crippling on small economies such as Uganda which [shall] allocate a significant amount of its budget on debt relief.  In light of this pandemic, International Institutions should provide for very favorable terms of repayment because it is this very allocation that stifles important sectors such as health and education which are important to women.

For the Ugandan context, exemptions should be placed on goods that are specific to women; child-care services and goods, food amongst others. Tax incentives should be directed to women-led small business to encourage more participation of women in the formal sector and entrepreneurship. Uganda should, with the assistance of the international financial institutions, begin imposing a wealth tax for large corporations to prevent capital flight and allocate the said revenue to health, education and other safety-nets.

In conclusion, the issue at hand is one of international capital. A small economy is forced to depend on indirect regressive tax systems instead of progressive wealth and income taxes for fear of failing to attract investment; investment which is foreign looking for cheap labor with tax incentives. The countries most susceptible to vulnerability under such global-economic dynamics are the developing countries like Uganda.  Income or other economic benefits that are argued to “trickle down” to the population, to women, do not materialize; what materializes is the ever-increasing inequality gap exacerbated by intersectional realities. Tax systems are merely instruments, tools, through which capital is amassed and the owners of such capital entrench their power. Larger global political- economic structures should be reconstructed to address the needs of women and tax if rejiggled can be one of the tools to do this.

[2] See, We-Care Women’s Economic Empowerment and Care, Gender Roles and the Care Economy in Ugandan Households: The Case of Kabaong, Kabale and Kabong Households, Available at: https://oxfamilibrary.openrepository.com/bitstream/handle/10546/620532/rr-gender-roles-care-economy-uganda-130818-en.pdf?sequence=4 [Accessed on March 5, 2021]