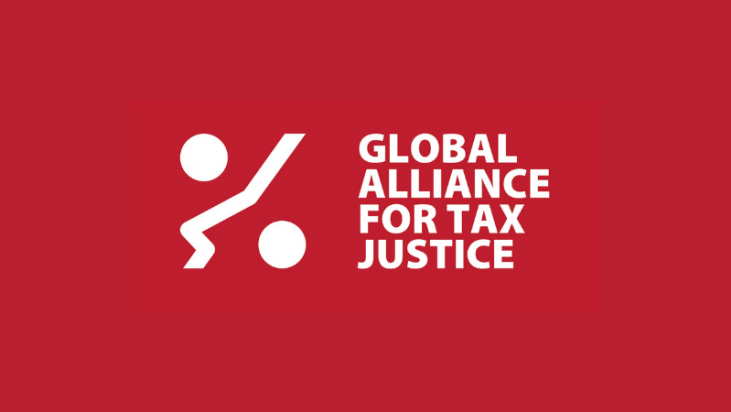 In anticipation that the outcome of the OECD-led tax deal finalised today would not deliver for developing countries, the Global Alliance for Tax Justice and over 250 civil society organisations in the economic and social justice movements around the world signed a statement rejecting the deal. Besides failing to address the fundamental issues of the current dysfunctional and outdated international tax architecture, it does not bring any immediate benefits to developing countries and will harm their long term interests.

São Paulo, 8 October 2021 – The Organisation for Economic Co-operation and Development (OECD) has announced today final details on the deal for an international tax reform, which confirms the Global Alliance for Tax Justice (GATJ)’s concerns and fears. GATJ has been following the process closely and, anticipating that an OECD-led process will not benefit developing countries, it launched a call to reject a deal designed by rich countries’ governments. Over 250 civil society organisations in the economic and social justice movements signed on this statement.

“It is unconscionable that the solutions offered by the world’s elite countries only serve to reinforce inequalities in the global tax regime that have long excluded the voice and interests of developing countries and peoples in the Global South”, reads the statement. It will be submitted to all member states at the United Nations, underlining G77’s longstanding call for the establishment of a global tax body at the UN, to set in motion an inclusive intergovernmental negotiation process that will ensure equal taxing rights of all countries and stop all forms of tax abuse by multinational corporations and the wealthy elites.

In reaction to the OECD announcement, Dereje Alemayehu, Executive Coordinator of GATJ, said:

“A solution agreed in a politically biased and opaque process, outside the UN system and the related accountable country representation, cannot have the legitimacy to be a binding international agreement. The OECD tax deal was designed to accommodate the recent deal of the G7 on a global minimum corporate tax rate of 15%, and completely disregards the proposals and reservations that a number of developing countries have put forward throughout many years of work.

“It is outrageous to celebrate such a deal that has forced developing countries ‘to choose between something bad and something worse’, as Argentina’s finance minister, Martin Guzman, recently stated. A fair global deal is only possible in an open, fully inclusive and transparent intergovernmental process, in which the public and civil society can hold negotiators to account for proposals and decisions, and in which the draft agreements are open to public scrutiny. Such a process is only possible within the framework of a UN based intergovernmental negotiation in which countries can participate as equals.”

“The conclusion of this proposal provides us with a message: developing countries remain on the sidelines of global decisions. This decision reaffirms the antecedents of domination of the positions of the richest countries even though, in theory, the process should be fair and inclusive in terms of the recovery of profits generated by corporations and the effective participation of developing countries in the new global tax rules.”

“Every reputable analysis of this deal has shown that developed countries will benefit more than developing countries, further entrenching the existing inequality within the global financial system. To reject the OECD deal can therefore not be said to be unrealistic. It is in fact the only reasonable response to a deal that, as was stated by the Argentina Minister of Economy, is forcing developing countries to ‘choose between something bad and something worse’.”

“The OECD-led tax deal only confirms that the international tax architecture is biased in favor of the interests of rich countries, multinational corporations, and the elite. It will only serve to deepen inequalities, including gender inequality. Setting the global minimum corporate tax rate at 15% will escalate the ‘race to the bottom’ and trigger severe domestic resource mobilisation challenges especially for developing countries. This would eventually result in less resources for public services, making these even more inaccessible to women and those living in poverty.”

NOTES TO THE EDITORS

The Global Alliance for Tax Justice (GATJ) is a global coalition in the tax justice movement. At the national level, it campaigns for progressive and redistributive taxation systems at the national level; and at the global level, for a transparent, inclusive and representative global tax governance.