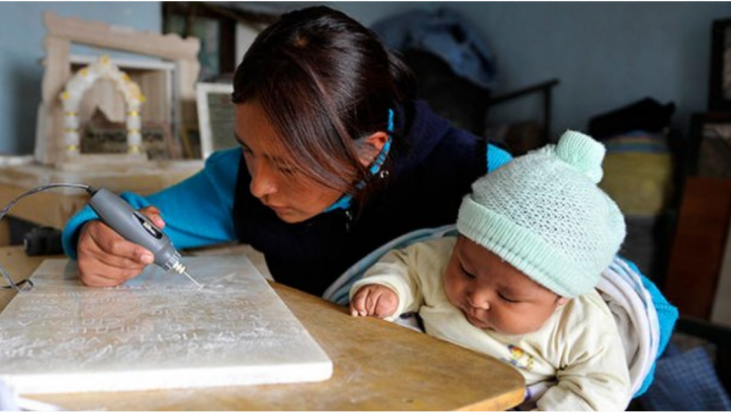 *This special blog post for the #TaxJustice for Women’s Rights Global Days of Action has been contributed by Sharan Burrows, General Secretary of the International Trade Union Confederation (ITUC) via the EqualTimes news site.

The contribution of women to the economy is grossly under-recognised and under-valued, and the discrimination they continue to face bears witness to how entrenched and pervasive gender-prejudice remains.

Tax is part of the architecture that perpetuates this injustice, yet how and whom we tax, and how we spend public money, are in our direct control. Progressive taxation must be implemented to help women achieve full and equal participation in the labour market.

While women are putting in the work, a rigged system means they don’t reap the rewards. The gender pay gap means that women get paid 24 per cent less for work of equal value.

Women are also over-represented in the informal economy. This means no minimum wages, no access to the rule of law and no access to social protection. What’s more, women do up to 10 times more unpaid care work than men, work which weaves the very fabric of communities but which goes completely uncompensated. All that before even mentioning the discrimination women face in recruitment as well as the gender-based violence many experience in the workplace.

The result is that women are poorer than men. They are further disproportionally penalised by regressive taxes such as flat VAT and sales taxes. Targeted efforts to reverse this trend and give appropriate recognition to the work of women is vital. To start with, governments can implement innovative tax practices that target where this work is taking place.

The use of service vouchers in domestic work is one such example. Domestic workers are among the most exploited and women account for 80 percent of them worldwide. Informality accounts for much of the vulnerability in the sector.

Trade unions have been involved in the design and implementation of service voucher schemes that incentivise formalisation by offering benefits including preferential tax rates. Similar tax incentive schemes exist for childcare. They result in the freeing up of time otherwise dedicated to responsibilities that are often assumed by women.

Even with these tax incentives, such schemes have proven to be net contributors to the public purse. They provide win-win solutions to facilitate women’s access to the labour market and provide working women with access to job security, social protection, paid holidays and the rule of law.

Investing in the care economy

The other side of the coin is where tax money is going. A recent ITUC study, entitled Investing in the Care Economy: A Pathway to Growth shows that investing 2 per cent of GDP in the care economy in just seven countries would create over 21 million jobs.

Instead, public budgets on social protection and public care are being cut, resulting in a twofold consequence for women: they find it harder to get decent work in sectors which employ mostly women, and they are often the first in line to fill the gap at home as unpaid carers.

Making progress depends, of course, on resources. Meanwhile however, the hole in the pocket of states is growing: illicit financial flows, along with a global tax system, facilitate tax avoidance and enable the wealthy to avoid contributing their fair share.

Soaring rates of inequality are a direct consequence. The labour movement adds its voice to the call for governments and international institutions to tackle these grave shortcomings as a matter of urgency.

*PHOTO courtesy Equity/BD: Women in Bangladesh hold a public protest as part of the #TaxJustice for Women’s Rights Global Days of Action 8-24 March 2017