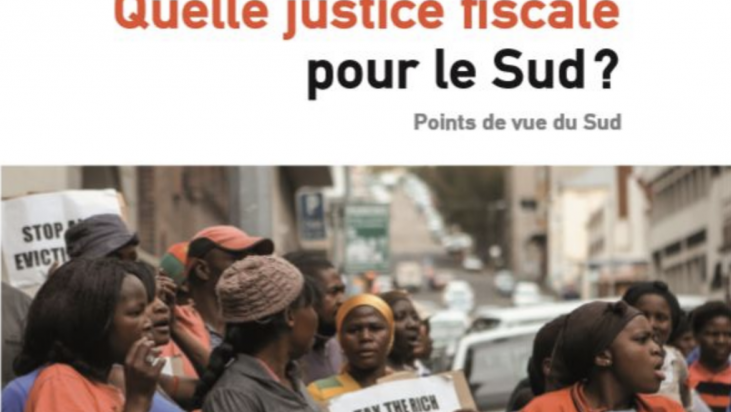 Book: “Which Tax Justice, for the Global South?”

This month of March in Belgium, CETRI (Centre Tricontinental) published a book titled “Which Tax Justice for the South?”, in French, in partnership with the Belgium NGO platform CNCD, 11.11.11, a member of Tax Justice Europe.

This issue is part of a quarterly series called Alternatives Sud, dedicated to echo the researches and positions of Southern activists, on issues related to globalisation, development and North-South relations – always including a great deal of proposition of alternatives.

The publication comprises several articles written by Global Alliance for Tax Justice members and representatives, specifically about the Tax Justice agenda in Latin America, the Global campaign for #TaxJustice for WomensRights, the fight against inequality, etc.

The book is available for purchase in French online, on CETRI’s website.

You can also find Neeti Biyani’s piece titled “Towards Tax Justice in Asia”, here in English.

CETRI is also organizing an event, on April 24th in Brussels, to launch the book and shed the light on the #TaxJustice campaign, both at Belgium and Global level: The session will be moderated by CETRI’s Cédric Leterme; Antonio Gambini, will present the CNCD 11.11.11 campaign on #TaxJustice and Marie Antonelle Joubert will talk about the growing global movement for #TaxJustice.

On the eve of this event, on March 23rd, Cédric Leterme will also take part in an event in Luxembourg, cosponsored by ATTAC Luxembourg, le Cercle de coopération des ONGD and the Collectif Tax Justice Lëtzebuerg.