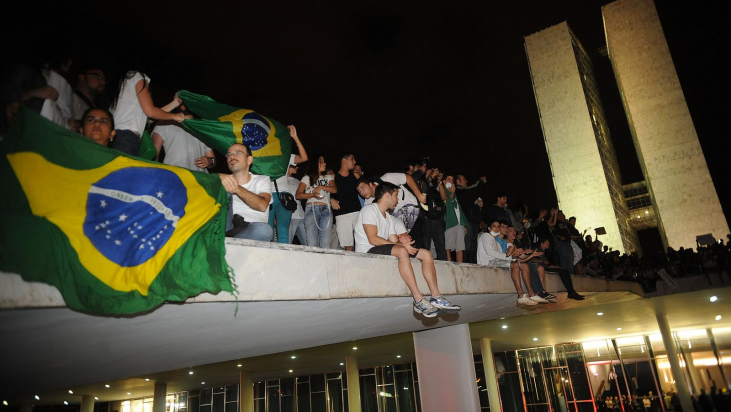 One year ago in Brazil, Michel Temer’s austerity regime introduced a 20-year public spending ceiling called EC95. When it was voted in December 2016, a poll showed that 60 percent of Brazilians were against the measure, which limits the growth of federal government spending to the rate of inflation for 20 years. The survey, published by the Folha de S.Paulo newspaper, said opposition was strongest among young people, those with higher education and lower-income Brazilians, while the rich tended to support it. The UN special rapporteur on extreme poverty and human rights, Philip Alston, had called EC95 “the most socially regressive measure in the world” and a violation of Brazil’s obligations under the International Covenant on Economic, Social and Cultural Rights. “This is a radical measure, lacking in all nuance and compassion, it is completely inappropriate to freeze only social expenditure and to tie the hands of all future governments for another two decades. If this amendment is adopted it will place Brazil in a socially retrogressive category all of its own.”

One year after this constitutional cap was voted, civil society asses its consequences on the country.

Global Alliance for Tax Justice’s partners and members the Center for Social and Economic Rights (CESR), the Instituto de Estudos Socioeconômicos (INESC) and Oxfam Brazil have presented new empirical findings to the Brazilian Congress that illustrate austerity’s already severe impact on basic social and economic rights in the areas of food security, health and education, while exacerbating gender, racial and class inequalities. This new study, titled “Human Rights in Times of Austerity”, foresees women and the poor as suffering most under this 20-year spending freeze.

“Human Rights in Times of Austerity” reveals that federal funding for food security programs was reduced by 55% in 2017 and warns of an increase in hunger and malnutrition. The budget for Brazil’s “Popular Pharmacy” program, which provides essential medicines to the needy through a network of public pharmacies, dropped 15%, leading to the closure of 314 dispensaries mostly located in the poorest regions. The share of education spending within the federal level has also taken a 19% drop.

“Education crisis in Brazil is not a crisis, it’s a project” (Photo ©Marcelo Camargo/Agência Brasil)

Constitutional Amendment 95/2016 (EC 95), or the “Expenditure Ceiling,” has also contributed to a 66% federal funding reduction in the budget initially allocated in 2017 to women’s rights programs that promote gender equality and services for victims of gender-based violence, according to the study. Under the so-called “New Fiscal Regime,” women’s rights investments are highly likely to fall precipitously. Afro-Brazilian women, the most disadvantaged group in the nation, run the risk of suffering disproportionately as a result of the draconian adjustment measures, the NGOs show.

“The EC 95 claims to reduce the deficit and restore financial confidence, yet credible projections strongly suggest that the amendment will actually stall economic growth, compounding its social costs,” according to Iara Pietricovsky, INESC co-director.

“In order to evaluate public policies, including fiscal policy, David says, we use some “tests” based on international human rights principles that are included in the “Budget and Rights” Methodology developed by INESC.

Fiscal policy involves both the way the state finances itself (tax collection) and how it performs expenditures of that public budget. This first test evaluates the tax collection and in it, Brazil failed because its tax system is extremely regressive.
This is because most of the taxes are indirect. They focus on consumption, weigh more on who earns less. In more developed countries, most taxes are on income, thus more progressive”.

The factsheet finds that the austerity measures are unnecessary, regressive and discriminatory, and therefore in serious breach of the government’s human rights obligations, including those enshrined in the country’s Constitution.

“The constitutionalization of austerity is not a plan for fiscal stabilization, but an assault on the human rights of most Brazilians, particularly women, Afro-Brazilians and others at greatest risk of poverty,” said Ignacio Saiz, Executive Director of CESR.

The study further illustrates how the spending cap jeopardizes decades of progress in reducing poverty and inequality in the country, and recommends the implementation of various viable tax and fiscal alternatives.

On the eve of the vote to constitutionalize austerity one year ago, the three organizations together with the Brazilian human rights organization Conectas prepared a joint analysis of the constitutional reform, warning the country’s public officials of the dangers the amendment posed to already disadvantaged Brazilians and pointing out the international human rights obligations that would be violated upon implementation.

EC 95 is part of a growing trend of regressive and discriminatory fiscal austerity policies throughout Latin America that CESR, INESC, Oxfam and other partners in the region have brought to the attention of the Inter-American Human Rights Commission. These organizations have consistently pointed out how such policies, often enacted with little deliberation or consultation, inhibit states’ capacities to generate resources to guarantee human rights.

Brazilian authorities should take immediate steps to repeal Constitutional Amendment 95 and to subject any fiscal consolidation measures to an independent and rigorous assessment of their human rights impacts, affirmed the organizations today at a special hearing in Congress on the human rights impacts of EC95.

The public hearing, organized by the Human Rights Commission of the Chamber of Deputies together with human rights and development NGOs, also featured a complementary report on the human rights consequences of austerity in Brazil by the Plataforma DHESCA—a network of 40 civil society organizations, including CESR, INESC and Oxfam, who are all engaged in an ongoing effort to challenge EC 95.