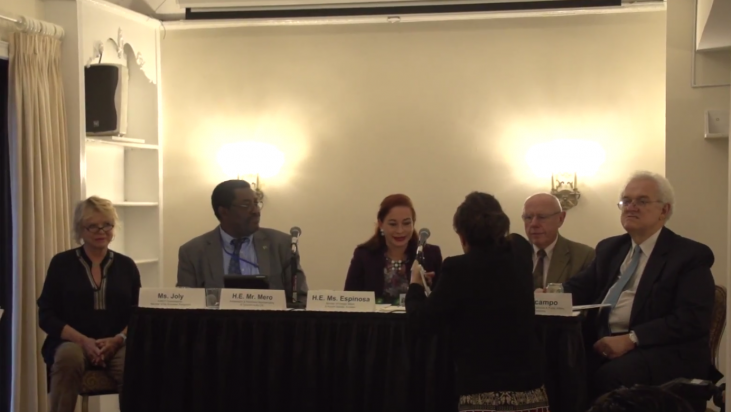 After discussing technical details about “Global tax reform beyond BEPS (Unitary Taxation and other alternatives)” at length during a whole day roundtable on September 18th, the Independent Commission for the Reform of International Corporate Taxation (ICRICT) held a public debate titled “From Tax Competition to Tax Cooperation”, also in New York, on the same night. Both events happened just before the opening of the United Nations General Assembly.

This 1-and-a-half hour long event, which focused on discussing the next steps towards strengthening international cooperation in tax matters, is now accessible on this online video:

– Modest Mero, Ambassador and Permanent Representative of Tanzania to the United Nations

The ICRICT team took the opportunity to interview María Fernanda Espinosa, Chancellor of the republic of Ecuador, on the international community’s efforts to end tax competition: “Evasion, tax avoidance and illicit financial flows are the major threats to the achievement of the objectives of development”, Espinosa says. Watch the video below (in Spanish):