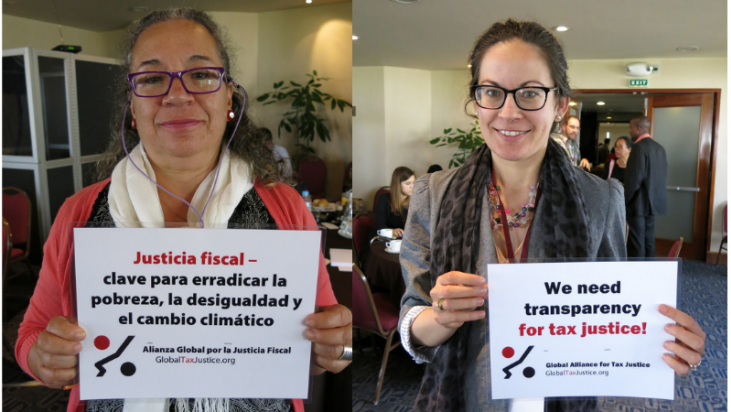 Pandora Papers and the Battle to End Secretive Financial Systems: If Not Now, When?

The International Consortium for Investigative Journalists (ICIJ) – together with whom the Global Alliance for Tax Justice (GATJ) was nominated to the Nobel Peace Prize for their joint-efforts in combating illicit financial flows – released yesterday (3 Oct) new exposé Pandora Papers, uncovering financial secrets of 35 current and former world leaders, and more than 330 politicians and public officials in 91 countries and territories, including the presidents of Ukraine, Kenya and Ecuador, the prime minister of the Czech Republic and former British Prime Minister Tony Blair.

The investigation, which had access to more than 11.9 million confidential files, revealed that many of those in power who could help end tax havens and illicit financial flows are actually benefiting from them and directly contributing to increasing inequality globally, while the most vulnerable struggle amid the COVID-triggered crises.

In reaction to the latest leaks, Dereje Alemayehu, Executive Coordinator of GATJ, said:

“Congratulations once again to ICIJ, whose collaborators risk their lives to shed light on the immoral practices and dealings of the powerful, the wealthy and well-connected. Their revelations in the Pandora Papers prove how misleading and disingenuous the claim of the OECD was when it declared 10 years ago that the era of bank secrecy was over. Tax dodging and illicit financial flows are occurring at unprecedented pace and level, even at this time when governments are in need of additional resources to mitigate the socio-economic impacts of the crises.

“It is worth noting that, whereas the wealthy and powerful “clients” of the secrecy centres are from almost all over the world, the “service providers” are concentrated in powerful OECD countries. Thus, the OECD cannot be a “neutral arbiter” and lead any reform process to put an end to tax havens and tax dodging. A neutral organisation with universal membership, such as the UN, is the only institution that can host and lead an intergovernmental process to bring about a solution.”

“Tax dodging is a feminist issue. The widespread tax abuse schemes employed by the rich and businesses revealed in the Pandora Papers allowing them to pay little or no tax, impacts marginalized women the most as they toil and moil everyday and have to pay taxes on their meagre earnings. Moreover, tax abuse deprives governments’ budgets of the much needed resources to fund public services that women depend on and so marginalized women bear the brunt of the deficit and budget cuts. It is time to dismantle the opaque and secretive financial system that continues to disenfranchise those living in poverty.

“The Pandora Papers shows how big businesses predominantly owned and managed by men use sophisticated schemes and shell companies to dodge taxes, while women’s largely unincorporated businesses tend to be taxed without fail. The urgency for multinational companies and the wealthy elite to pay their fair share of taxes is now clearer than ever in light of the covid-19 triggered socio-economic crises. Governments need to stop the rhetoric, and to make taxes work for women.”

The Pandora Papers highlight the importance of empowering citizens, civil society organisations and social movements so that together we can make taxes work for people and the planet, by ensuring equal participation of all countries in the decision-making and holding those in power accountable for commitments and decisions regarding the global tax rules.

GATJ calls other civil society organisations from all around the world to reject the forthcoming G7/G20/OECD tax deal, which will not benefit developing countries, and push for the establishment of a UN-led reform of the global tax rules. In order to endorse our statement and add your organisation to the list of signatories, please fill in this form until 4 October 2021 at 5 pm (EST).