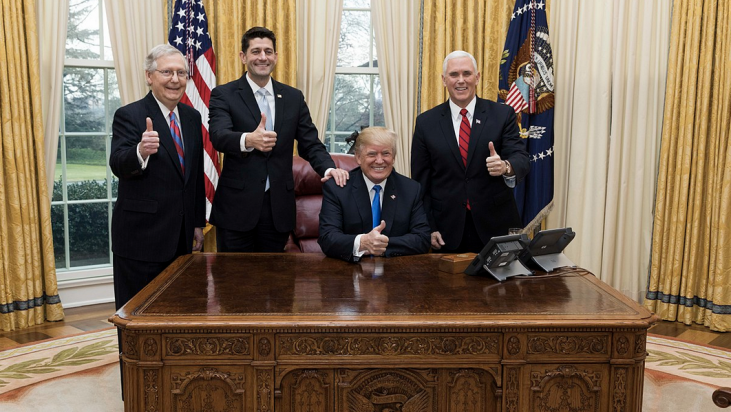 On December 20, Congress passed the Tax Cuts and Jobs Act (H.R.1), and the President has indicated he will soon sign it into law.  Among its many provisions, the bill changes the way in which corporations are taxed.  The bill moves the U.S. from a system in which a company is taxed on all its profits to a “territorial system” in which profits booked overseas are not taxed at all or, in certain cases, at a lower rate.

“This bill fails on what was said to be its most basic promise: to stem the offshoring of jobs and increase wages in the United States. Sadly, it does nothing to effectively keep companies from moving profits or jobs overseas to avoid paying taxes.

“In fact, it achieves the opposite.

“Under this bill, if a company makes things in the U.S. they will pay roughly twice as much in taxes as if they move their profits offshore.  If they move actual jobs and factories overseas, they could get their taxes down to zero.  No one, not any of the supporters of this bill, has ever explained why a lower rate on offshore profits will not create a new, powerful incentive to move operations overseas.  In short, the bill encourages multinational companies to have as little a presence in the U.S. as possible.

“Additionally, the bill contains a giveaway of more than $400 billion on what multinational companies currently owe on past profits they booked offshore.  One of the biggest benefits in this entire bill goes to a small number of very large companies that dodged taxes for years. We are now rewarding them for the clever tax games and gimmicks.  There is no economic rationale for a discounted rate on profits that were already made.

“These changes will fuel a tax haven industry that has been the subject of both U.S.-based and international criticism as a result of the revelations in the recent release of the Paradise Papers.

“Under current rules, taxpayers lose more than $100 billion each year to offshore tax dodging.  Congress’ own nonpartisan economists estimate that we will lose an additional $14 billion with the new provisions.

“The new rules will undermine our ability to manage our nation’s financial future.  We can only hope that Congress will revisit this harmful legislation in the coming year.”

Earlier this week, the FACT Coalition sent a letter to House and Senate leaders opposing the Tax Cuts and Jobs Act (H.R.1).  The letter can be found here.

FACT also relays analysis by other stakeholder such as academics and business sector:

The tax bill is a huge giveaway to the tech giants. And because of its super low rate on foreign income, it will further entrench their monopoly powers and profits. https://t.co/aWnlMyW0j2

For more information or to get in touch with the FACT Coalition you can contact its Deputy Director Clark Gascoigne.